In this first installment of a new section of our website, Bradley takes a look at a scenery that he describes as a “freeware with an easter egg for rotor heads”.

I really wish that I had this article finished a month ago then it would have been a little more in theme, but I guess it’s always a good time for hunting for Easter Eggs isn’t it? KNFL and Poudre Valley is an interesting freeware scenery available on the org and whilst the airport itself is nothing spectacular, the region it services is, spectacular.

To get the most out of this scenery you REALLY want to either generate your own Ortho tiles (listed below with recommended settings) or use the Colorado files from the US Orthophotos collections at x-plane.org .

I first became aware of the scenery after reading a post in the Helicopter - General Discussion forum on the org titled: “Heli rescue easter egg in KFNL update.” by VogonZarniwoop. OK Colour me interested I think. Checking out the download post I note that this is actually version 3.0:

Version 3.x adds a large amount of detail in the surrounding area to KFNL, and provides the CD07 hospital heliport, as well as a heli rescue easter egg. See the screenshots KFNL-Rescue-*.jpg for pointers. There's no provided GPS coordinate: you have to find the injured party yourself from the given visual references and local terrain features such as alpine lakes. Recommended to look in the Screenshots directory (forum software jpeg compression removes some important details). 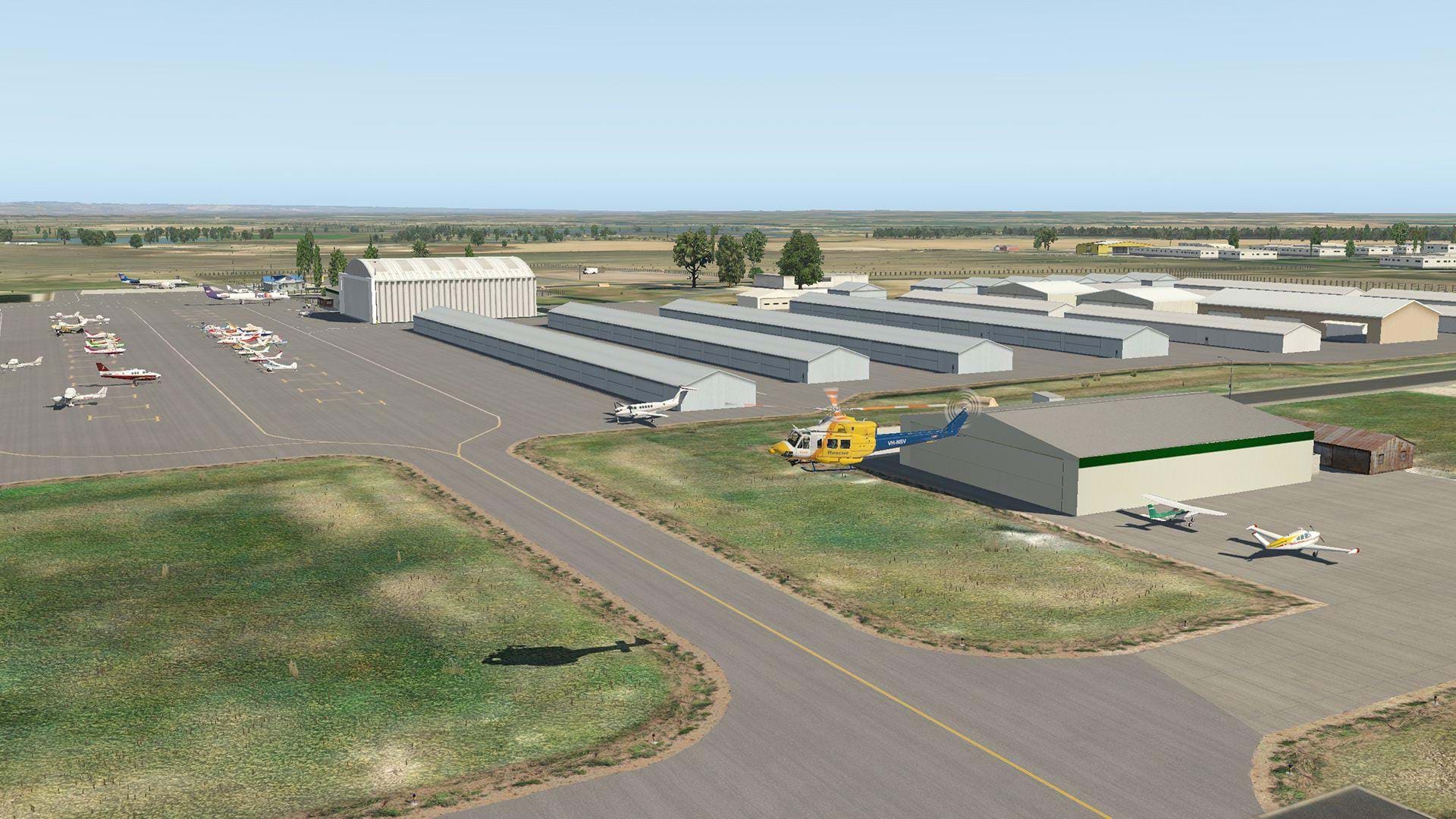 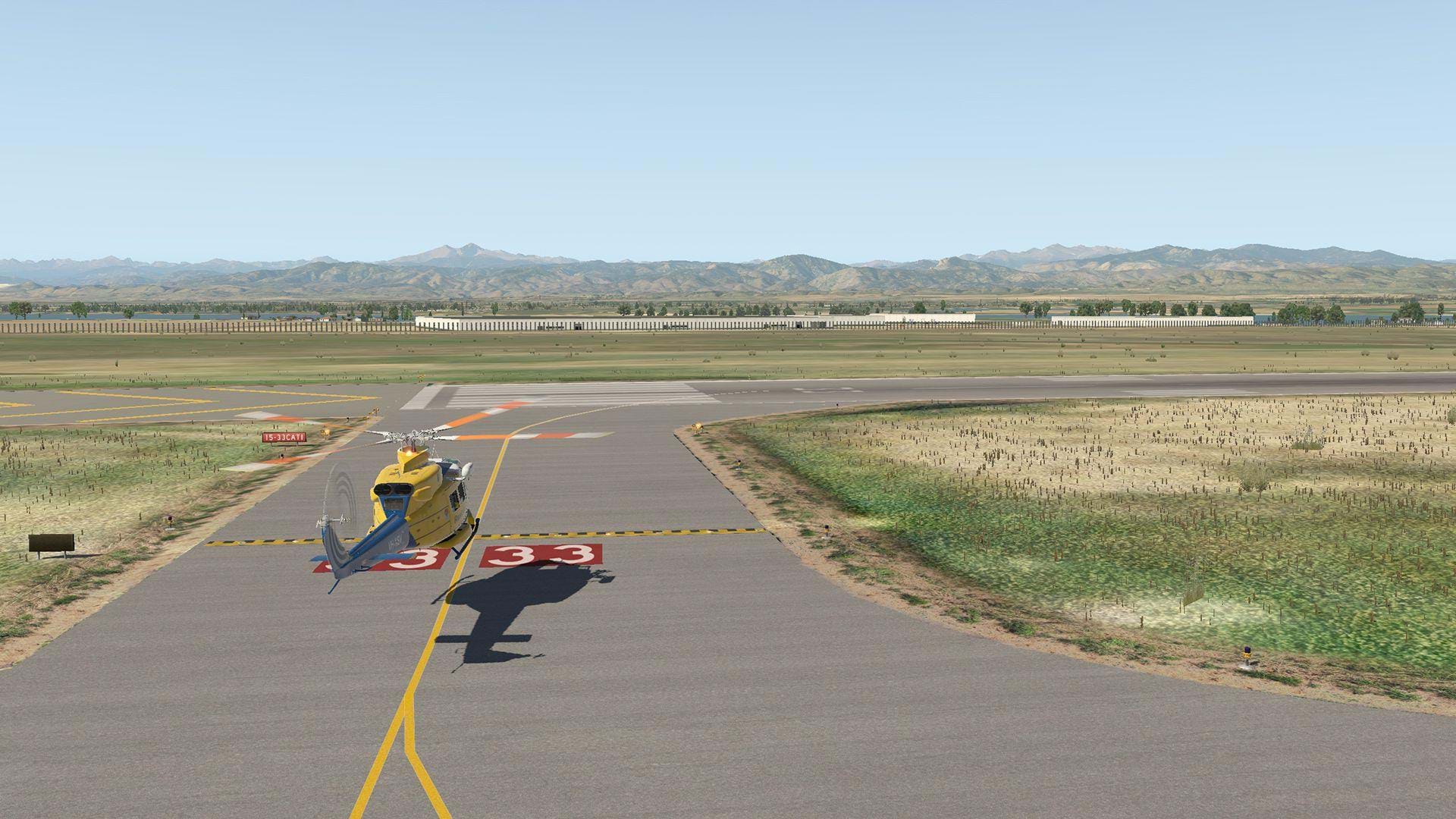 Wait, you’re not going to spoon feed me? I was really starting to get a decent old school vibe about this scenery. I’m not going to delve too much further into the actual easter egg chase (It’s not THAT hard) as that was a large part of the enjoyment I had, figuring out where I might have to go and what I had to keep an eye out for. Instead though here is my interview with VogonZarniwoop who has one of the coolest handles I’ve come across in a long time.

This interview was conducted via messaging on the x-plane.org form and parts have been edited for better readability.

Just wanted to write to you personally and thank you for your scenery. I had a real blast with the easter egg and it was fun trying to figure out exactly where to go.

Thanks for the note - it's nice to hear someone actually tried the heli scenario and enjoyed it. I'm angling to have good hints without excessive hand-holding, and some topos would fit the bill perfectly.

Thanks a lot for your interest and the kind words. The only real reason I package this stuff up is for other flight sim hobbiests to enjoy, so it's nice to hear when people tried it out. 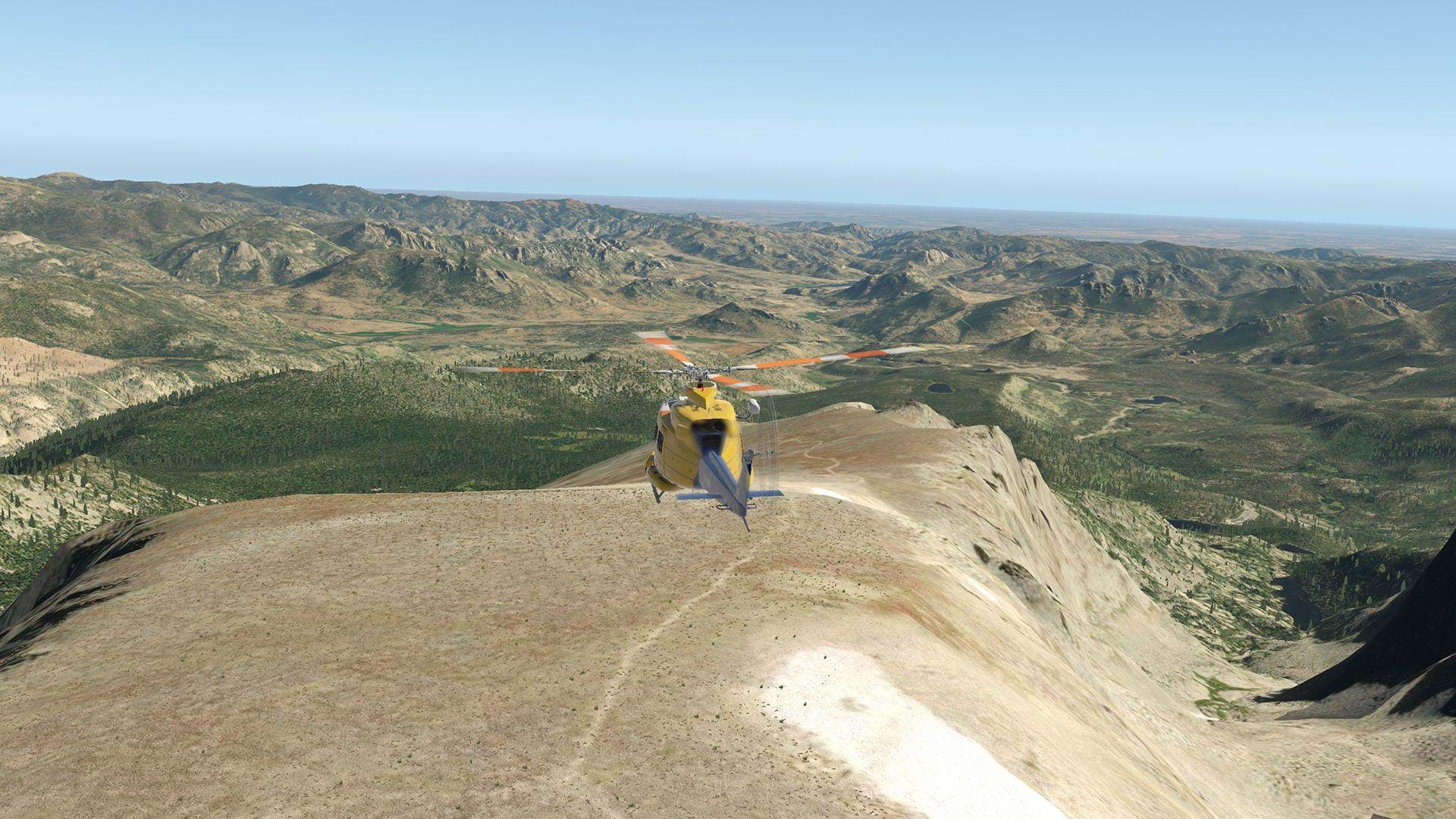 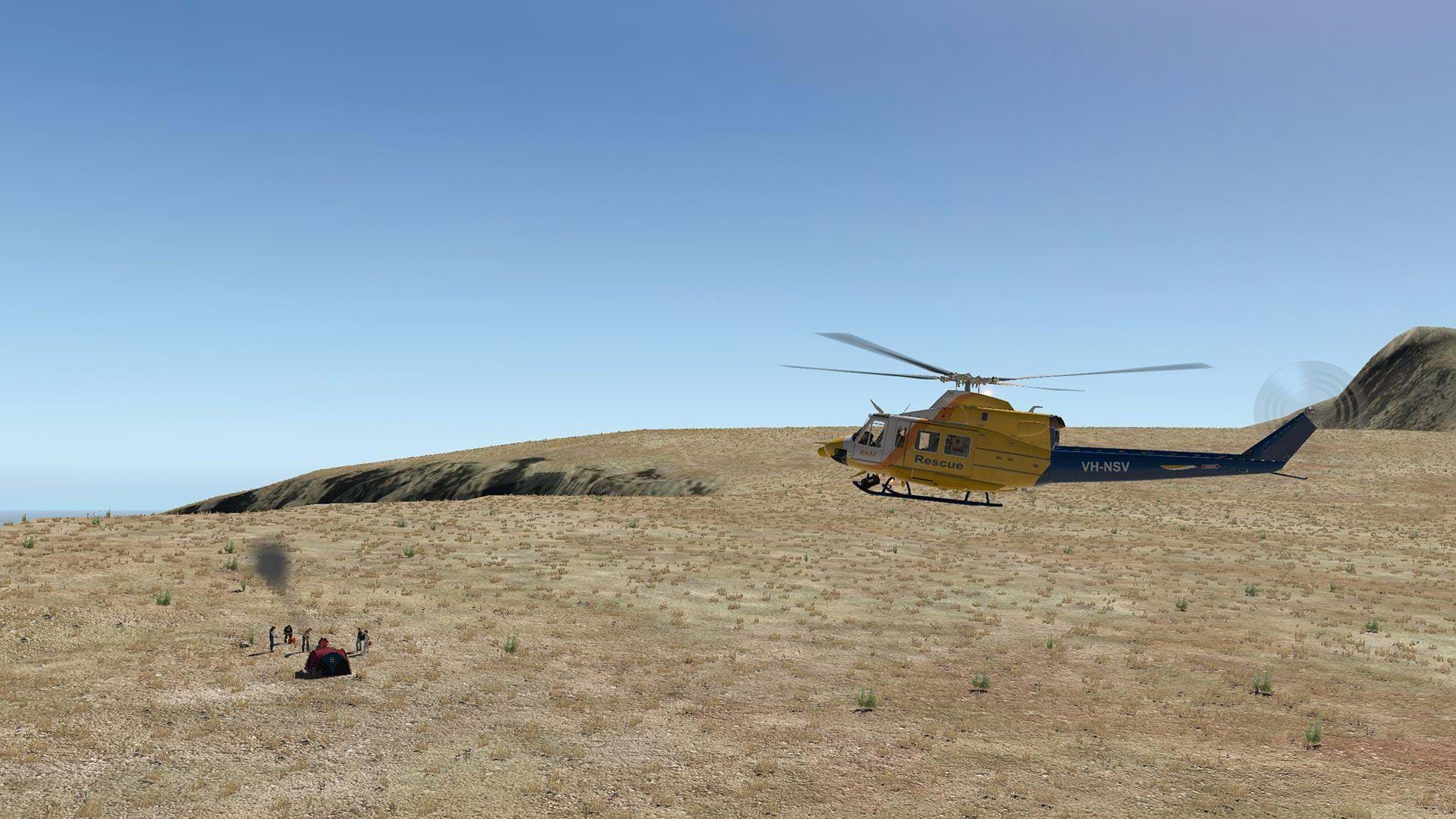 I see that you've been making scenery for a while now (sorry did a little cyber-stalking first by looking at what you've released previous). Do any of your other sceneries have any Heli centric options?

Flying around the Rockies I noticed LOTS of Helipads, any plans to add those into KFNL?

Thus far, this is the only one I've made that has an included heli mission. Well, at least in quite a while; I'm a bit foggy on what I did for some of the early ones. I'll do more though, as I go along. X-Plane is primarily a winter hobby for me, so in the summer months I don't spend a lot of time on creating sceneries. It might be on towards the end of this calendar year before I round to another.

I suppose I could go add this kind of thing into my older sceneries too, without a great deal of effort.

I've done a few other airports in the rocky mountains area, but I don't recall if any had helipads. If the r/l airport did, then I would have attempted to include it in XP too, I just can't quite remember. I recall one or two of the airports I made in Alaska had helipads (Valdez, for example), and possible WA state (USA) and BC (Canada) as well. 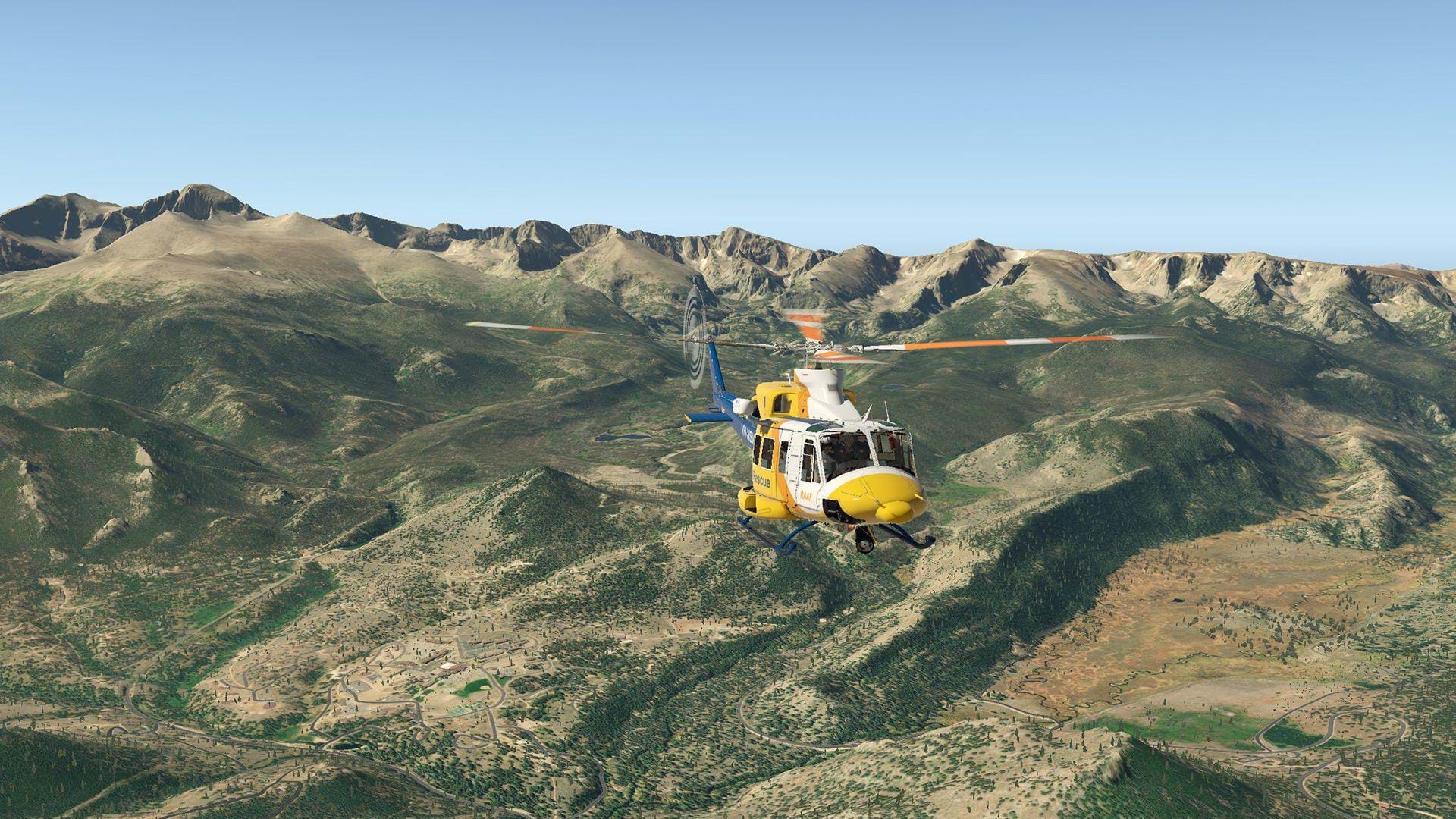 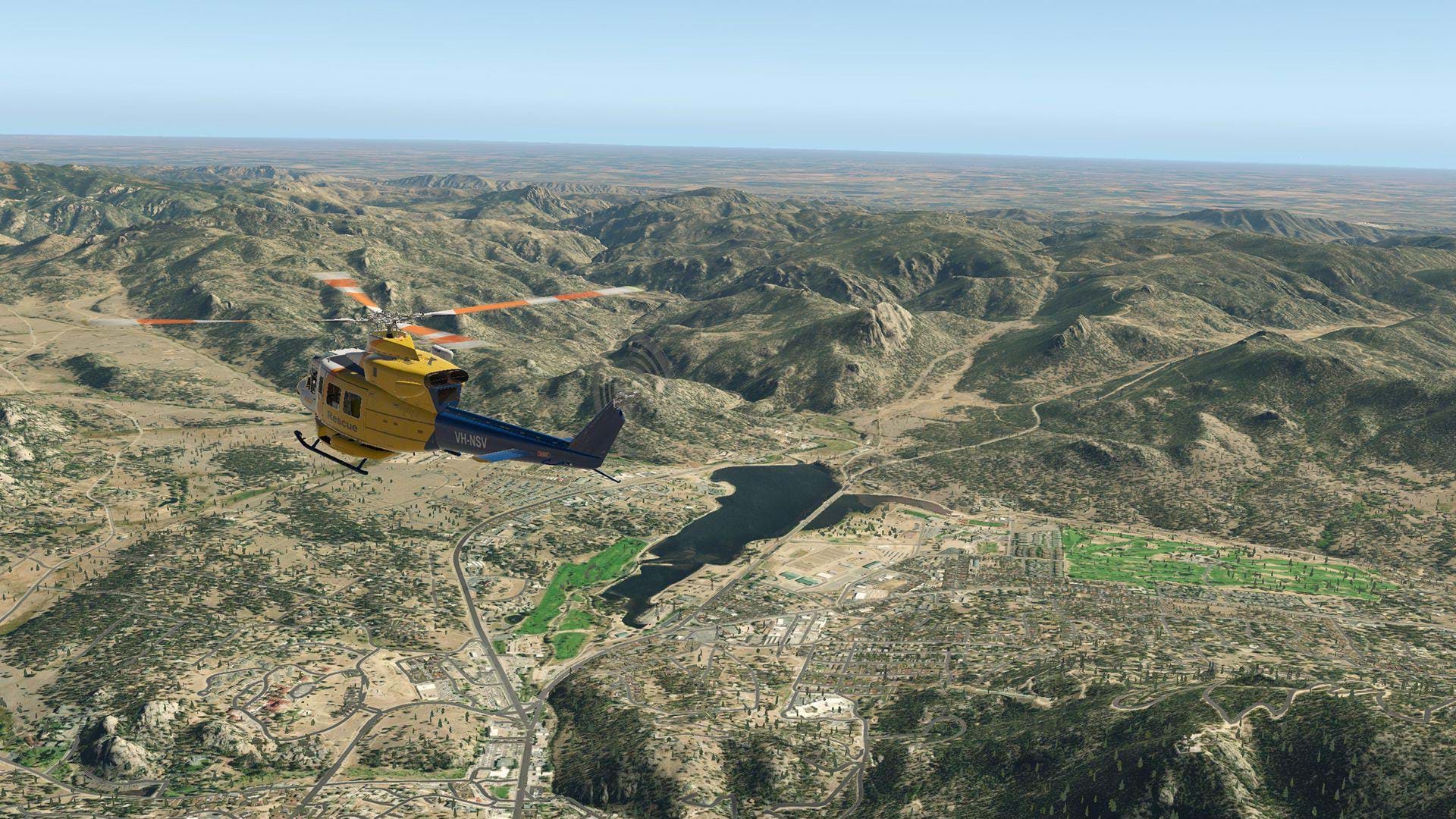 What inspired you to add this easter egg? and why on this particualr scenery? Do you fly a lot of Heli's and which is your favourite?

Apart from Heli's what else do you like to fly?

I'd seen a few other helicopter oriented adventures around made by other folks, so that gave me the idea to try adding this little scenario as part of a scenery I was working on anyway.

Favorite helis: in the commercial sphere I'm fond of the Dreamfoil 407 which is what I learned on in XP10 days. I also greatly admire the work put into the freeware Bell 429. It's a commercial quality heli in a freeware package. I tried to offer a donation to the author due to the extraordinary quality of his work, but he wasn't interested! The 429 has done an impressive job with avionics and systems simulation, and integrates with the terrain radar library. I used to fly the Dreamfoil AS350 too, but it's stopped working since XP11.

Apart from helis, wow... there's so much great fixed wing around for XP. I'm a sucker for light twins (King Airs, Barons, and anything similar), but I also enjoy light planes such as the stock XP11 Stinson, and the Aerobask Antares glider, and a range of single engine props from Piper, Cessna, Mooney, and the like. The Zibo 737 is nice for a change of pace: that's another truly impressive freeware project (and they do accept donations). I've recently picked up the VSkyLabs U-15 motorglider, which is a quirky-fun little plane. I try to support the XP 3rd party commercial aircraft vendors to help keep the ecosystem going, provided they don't use the SASL online DRM activation, which I refuse to support. 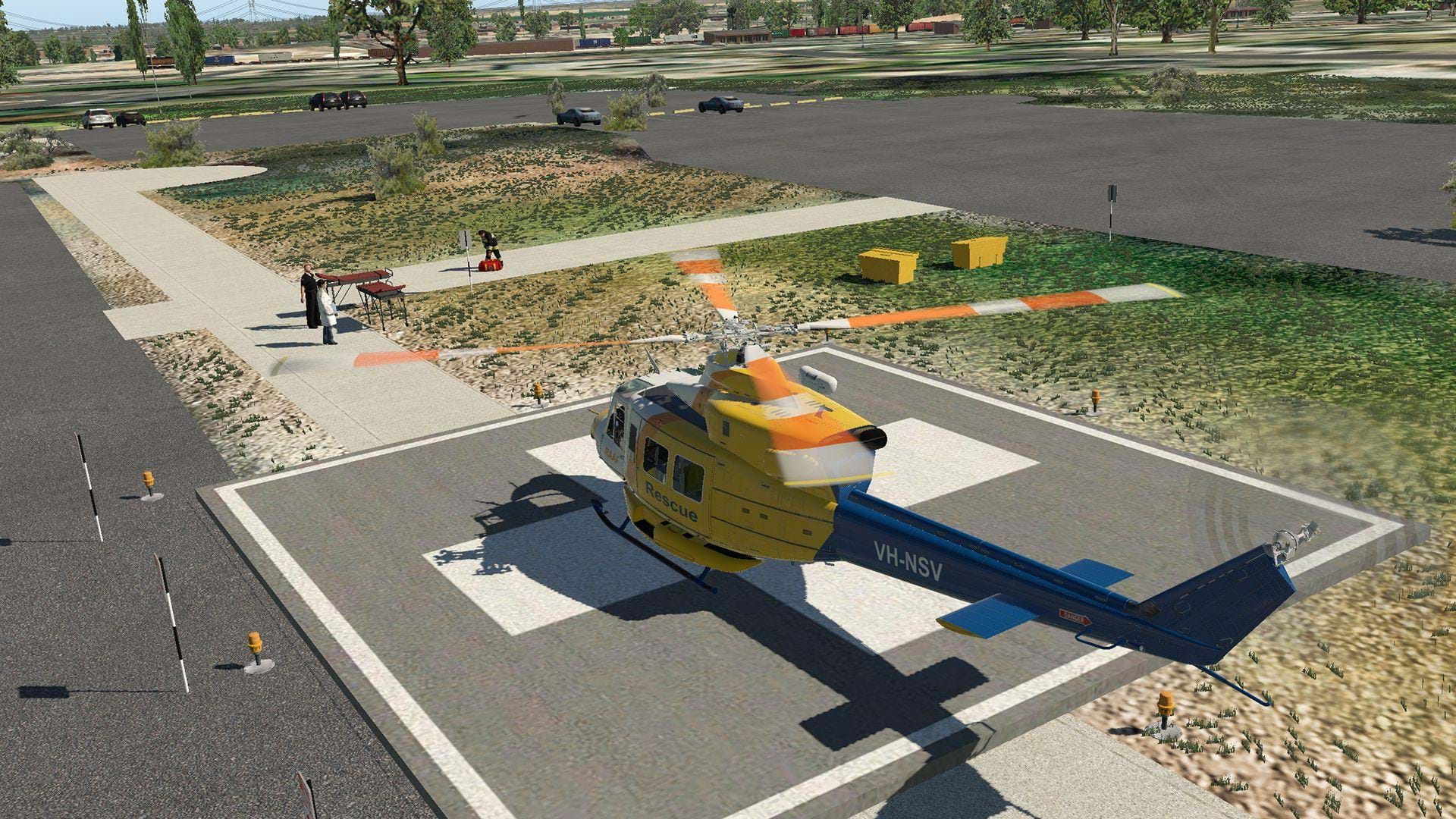 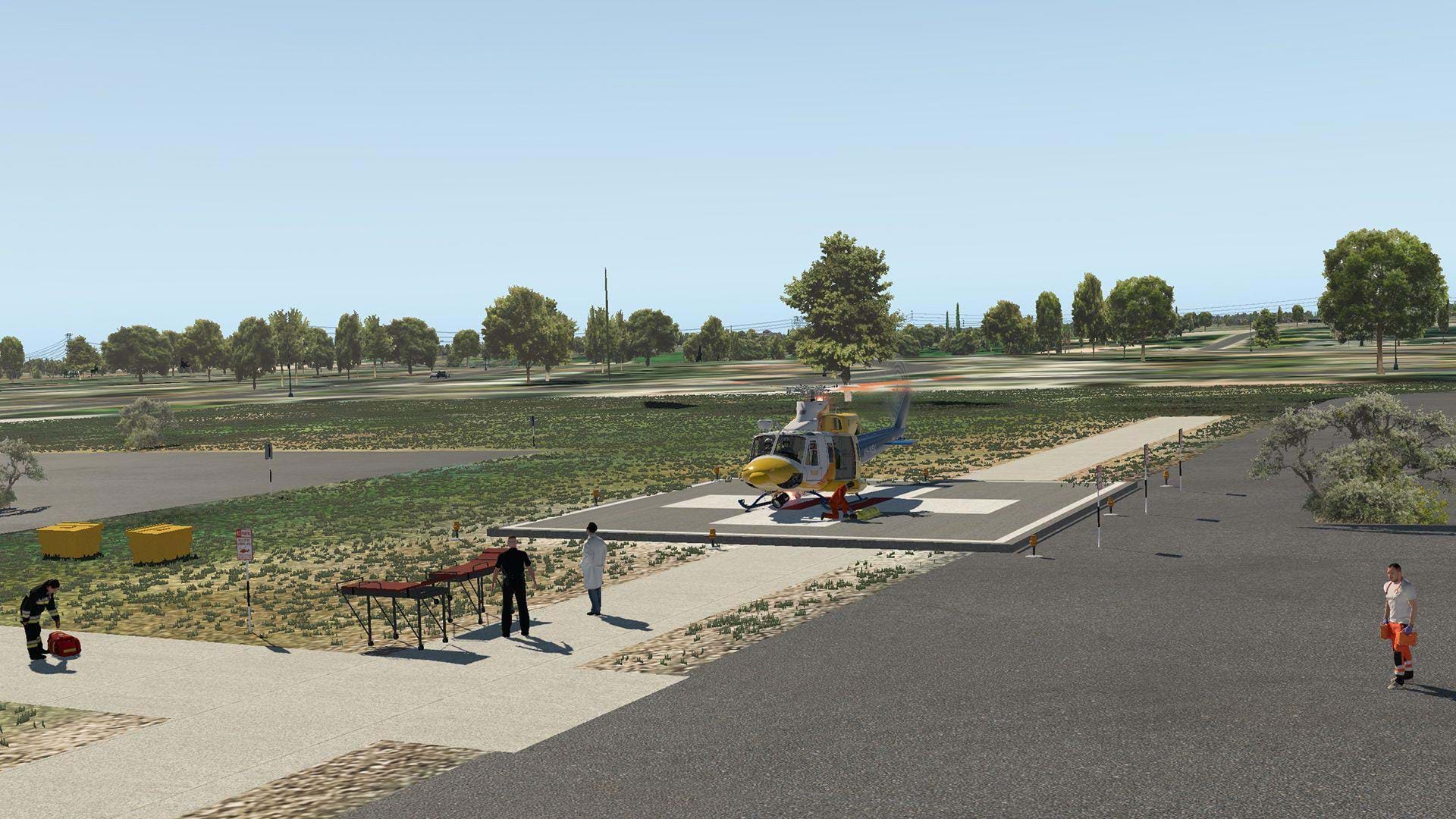 Haha indeed, the 429 is exceptional and timber61 is certainly humble enough as well. How do you choose the airports for your sceneries? Local access, holiday visit?

Primarily I look for places that appear geographically interesting to fly into or around, and haven't already been modeled beyond the Gateway sceneries in XP. I prefer to pick airports in more remote areas, but unfortunately the orthoscenery data available for remote areas is often a bit rubbish, so I'm constrained on that front. Once you become accustomed to flying with good ortho data, it's all but impossible to go back.

Make sure you leave a comment or a review after you’ve flown the mission and let VogonZarniwoop know if you enjoyed it or not. We might just convince him to make some more little eggs to hunt out.

Create your own Ortho tiles
You will want to create tiles for the following regions: