When talking about a new helicopter, the question usually pops up quite often: does it simulate Vortex Ring State (VRS)? Well… Does it matter? 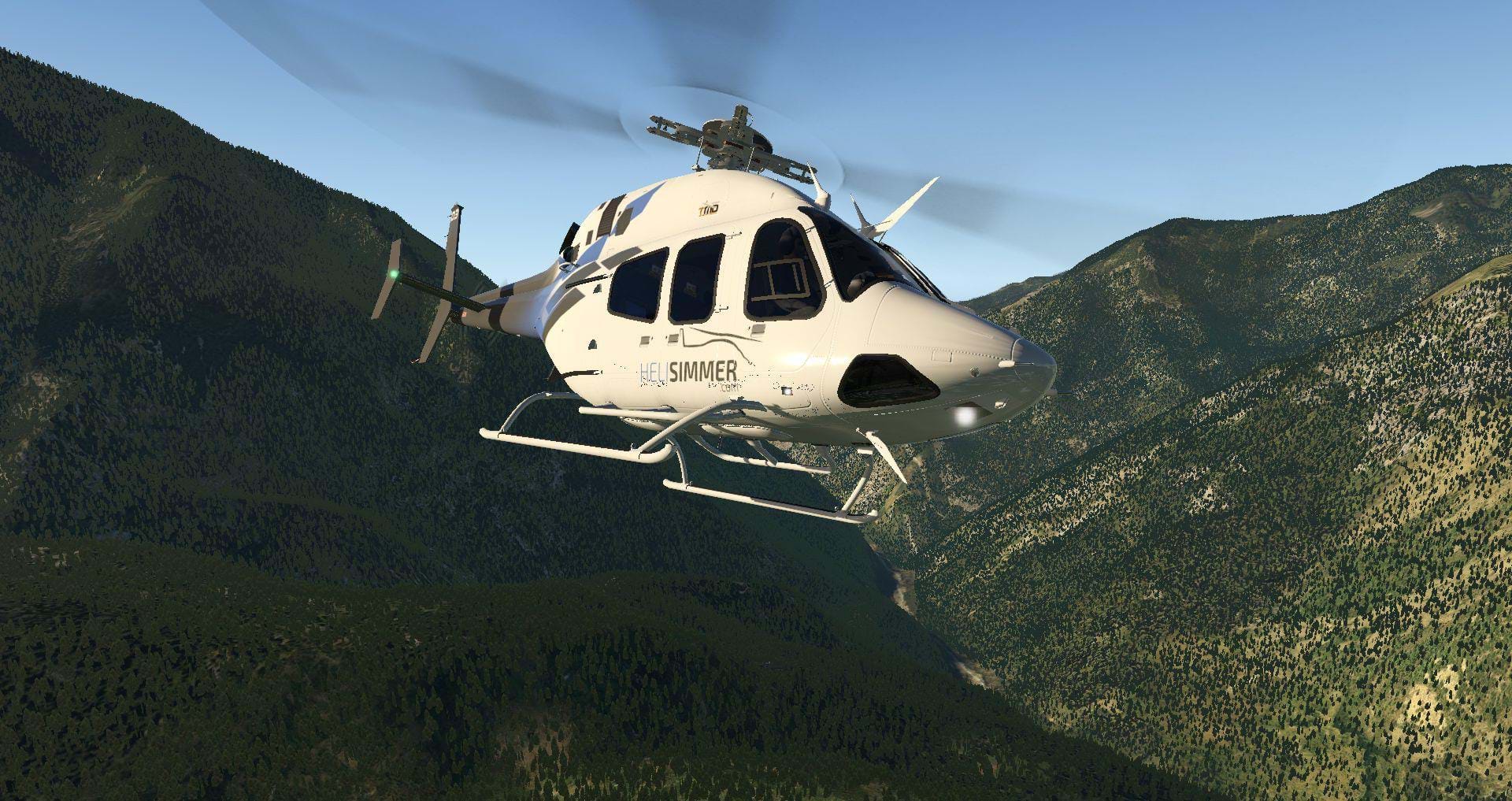 Is that the question we should really be asking? Can we judge the full quality of a flight model exclusively by the fact that it simulates VRS or not?

It became a trend in the community to believe so and to make it the holy grail of helicopter flight simulation.

Let me get a bit philosophical here. Or anthropological. Or whatever. Let me pretend I know stuff and throw a completely made-up theory of mine here.

Humans like to live in tribes. We’ve been doing so since we came out of the caves and we still do today. That’s why we gather around sports clubs, create groups about our cars and even gather around a hobby or a social media channel that allows us to share what we love.

But we don’t do it just for the sharing. We do it to get validated. We want to feel that our choices are the right ones. We want to make sure that the amount of time and money we put on something is not wasted. And we want to feel smart and that we made the right call.

We all do that. Even if we don’t do it consciously.

Therefore, we see a lot of people asking what others think of the configuration of the new computer they already bought (shouldn’t they have asked before they bought it?). That’s also why we see things such as “I prefer addon X over addon Y. Change my mind”. Dude, WHY do we need to change your mind? It’s YOUR choice. Stick to it.

And that’s why we hear (or read) stuff such as: does it simulate VRS?

Oh, there’s one other thing that we love as much as being validated by our “tribe”: labels. We have to give names to everything. Generation X? Millenials? That’s right: labels.

We need this stuff so that it all makes sense in our heads. We need to give stuff names and get our peers to support our decisions.

As such, validating a helicopter flight model became something as simple as checking if a label was present.

That’s my theory. Flak away.

So, what should we be looking for?

Helicopters are complex machines. We all know that, and we have all heard that.

Pull the collective up and you should feel the torque pulling the nose to one side, which you need to counter-act with your pedals.

As you do so, you’ll create a sideways force that will push the helicopter to the side. Thus, you’ll need to compensate with your cyclic. That’s why single-rotor helicopters hover with a skid lower than the other. This, of course, forces you to add a bit more of collective as the helicopter drops a bit. 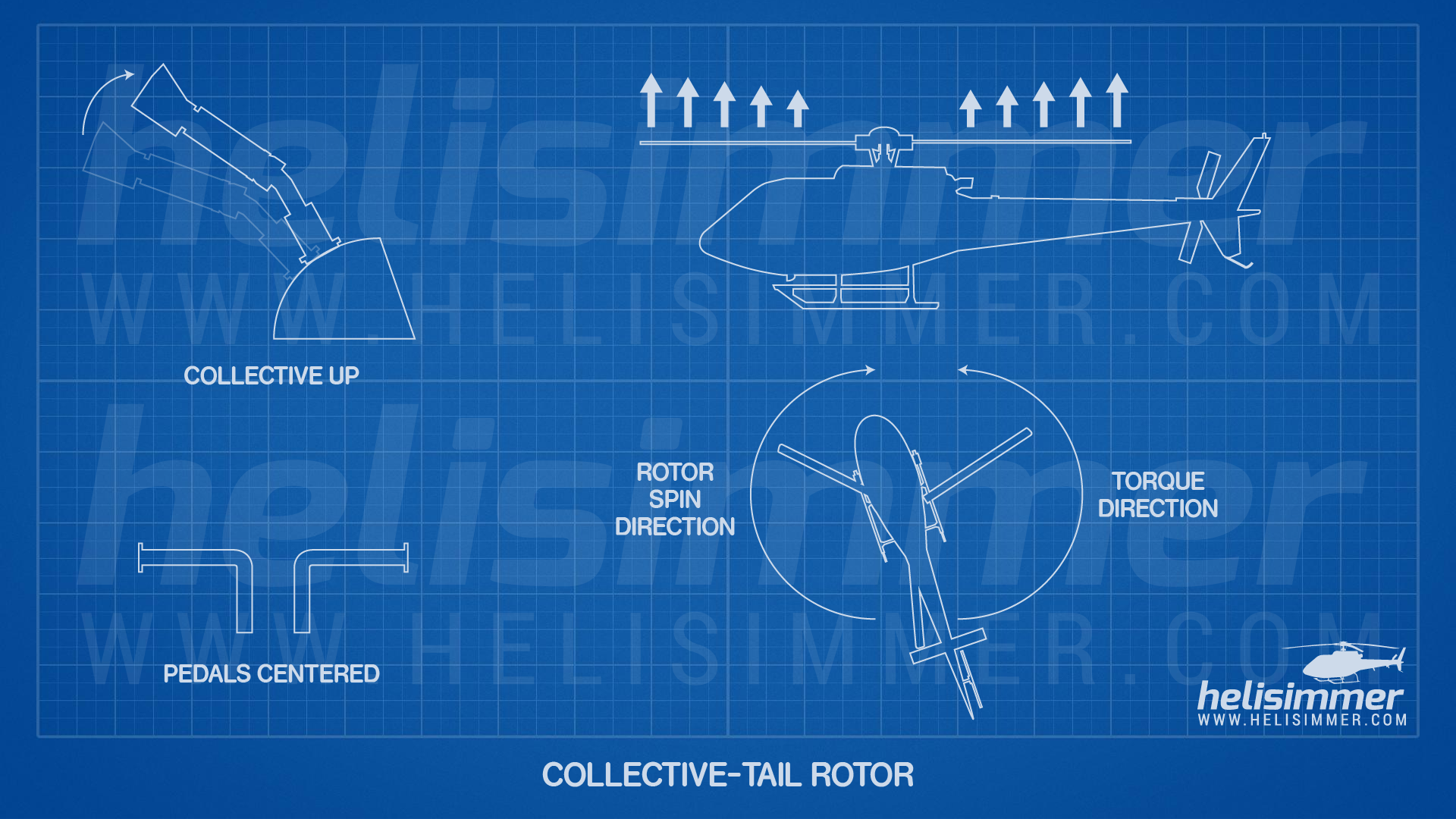 All this while you're IGE (In Ground Effect). Start moving forward and, again, a bit more of collective is needed, which increases torque. At a certain speed, you’ll notice the helicopter yank left or right (depending on the rotor rotation direction) and it will gain lift and climb faster (Effective Translational Lift). There’s a point at which you get off ground effect and off you go.

Not counting with wind and other factors, you have a lot of forces here that should be accounted for.

Start speeding up and you can get to a point where the retreating rotor blade can stall, and you’ll get another yank (Retreating Blade Stall).

Start the landing procedure and you’ll get another list of physical and aerodynamic events.

Just like they are trained not to put themselves into a position where Vortex Ring State can happen.

But, yes, it can happen (just like any other issue) so, it’s important that a flight model adds it. Is it vital, though? Should we judge a flight model on its presence alone?

In my opinion? No.

Vortex Ring State is only one of many aerodynamic events a helicopter may be subject to. It does not make for the all flight model to be realistic. Yes, it can add to some excitement, but it’s not what makes a helicopter flight model the best out there.

And don’t forget about autorotations

Do you know something else that’s not normal, but pilots practice all the time? Yeah: autorotations.

This is an emergency procedure that all helicopter pilots practice a lot while in training and they keep on training as much as possible throughout their career. It’s something that may save their lives and the lives of the passengers they carry as well as people on the ground.

Autorotations are a very important aspect of flying helicopters and one that should be taken much more seriously by developers than VRS.

Now, I’m not saying it’s the developer’s fault. They are just responding to what the community asks. And if first (and, very often, only) question about a helicopter flight model is “does it simulate VRS”, that’s what they’re going to give to you because that’s the feature that will be evaluated on by the community. Which means that’s how they are going to manage to market and sell it.

Fun fact: VRS can, and usually is, done wrong. Sometimes not at all but when it’s done, it’s not right.

On any sim. That’s right: not even DCS.

VRS is broken in X-Plane for some time. There was a point in which Laminar Research found out they had part of the code not working and fixed it, but you can still exit VRS with your collective.

On DCS, you enter VRS way too easily. I can hear the crowd fetching the pitchforks already and coming for me, but the truth is, guys: I love DCS (I really do), but they got VRS wrong. The thing a lot of folks out there swear to be the pinnacle of realism for helicopters in DCS is not correctly modeled.

And you know what? That’s OK. Because DCS doesn’t need VRS to be an amazing helicopter sim. But I do lack some of the features I mentioned in the beginning of this article. I don’t remember finding dissymmetry of lift as the helicopter crosses ETL, for example (the little yank to one side – in the case of the Huey, to the right).

What’s in for me?

I know VRS is botched in DCS but that doesn’t bother me at all. I enjoy the sim for what it is. As I do X-Plane, for example, which has VRS even more botched than DCS.

The question I do when I try any helicopter (and the question I think you should do as well) is: “what’s in for me?”.

What is it that you look for in a helicopter? Perhaps VRS is all you look for – that’s OK. But I’m afraid a lot of people only ask about VRS because that’s all they know what to ask about when comparing or evaluating flight models.

VRS is only a small portion of a helicopter flight model; a single aerodynamic feature in a very complex world.

When I try a new helicopter, I look for all the details I value and VRS is not really that important to me. While it indicates me the developer listened to the community and tried to provide it with something it usually asks for, it doesn’t necessarily make it a good flight model nor it means I will enjoy it.

Just like VRS is not the rule of thumb, not a lot should be in our hobby. We are all individuals and while we can relate to each other in the hobby, we don’t all seek the same thing in a sim.

But basing your opinion on a helicopter solely on VRS is not exactly fair to the developer and it doesn’t mean you are making the best decision about the helicopter addon you are investigating.

You can actually be overlooking a good addon just because it doesn’t have VRS and praising one that is really not that good just because it has it (even if it’s doing it poorly).