This is a repaint of a AW139 heli of Her Majesty's Coast Guard, UK, registration G-CILP, based at St. Athan (former RAF St. Athan), Wales.

It is for the beautiful freeware ICARO/Carlos Palacio AW139 V.2 FSX/P3D model. 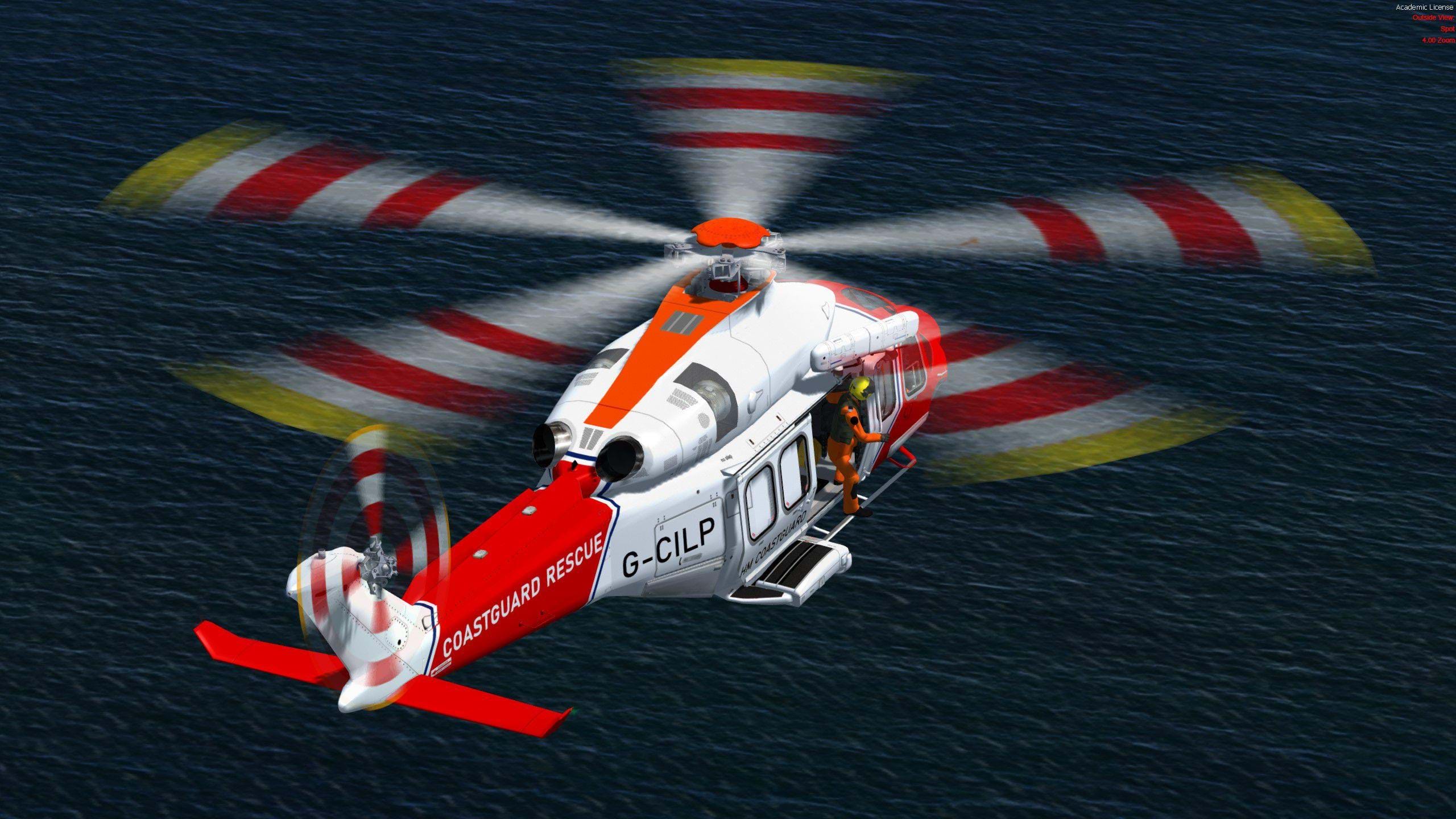 I've added a few extra 'aw139_exterior_1.dds' files for the heli's with the registrations G-CIJN (based at St. Athan), G-CIJX (based at Lydd) and G-CIJW (based at Lydd). So you can 'pick and choose' (don't forget to change the aircraft.cfg file!)

Egbert grew up in an area in the North of The Netherlands where on an daily basis military planes flew at 250 feet over the rooftops: F-104, NF-5, British Jaguars, A-10, Alpha Jet, F-4, F-15, German Transall, F-16 and other. Plastic modelling, making slides and pictures at airbases became a passion as well as aerospace in general. He wanted to become a pilot, but later on in life became a full-time pastor.

The love for aerospace never dimmed and flightsimming started with fs9 and later on fsx and p3dv4. He especially likes bush-flying and heli flying - also because of the geographical knowlegde and curiosity. For fs9/fsx he made repaints for the Carenado C206 of the Mission Aviation Fellowship and JAARS, using these also with simflying for charity purposes and offcourse making others enthousiast for the awesome experience of flying!
More articles by Egbert Jans