What ever happened to the DCS Bo-105 (hint: new WIP images inside)

Jun 29, 2018 | by Sérgio Costa
DCS
DCS, BO-105, Miltech-5
A couple of years ago, a Bo-105 was announced for DCS, which caused a general happiness feeling inside the rotorhead community. But then, suddenly: silence. 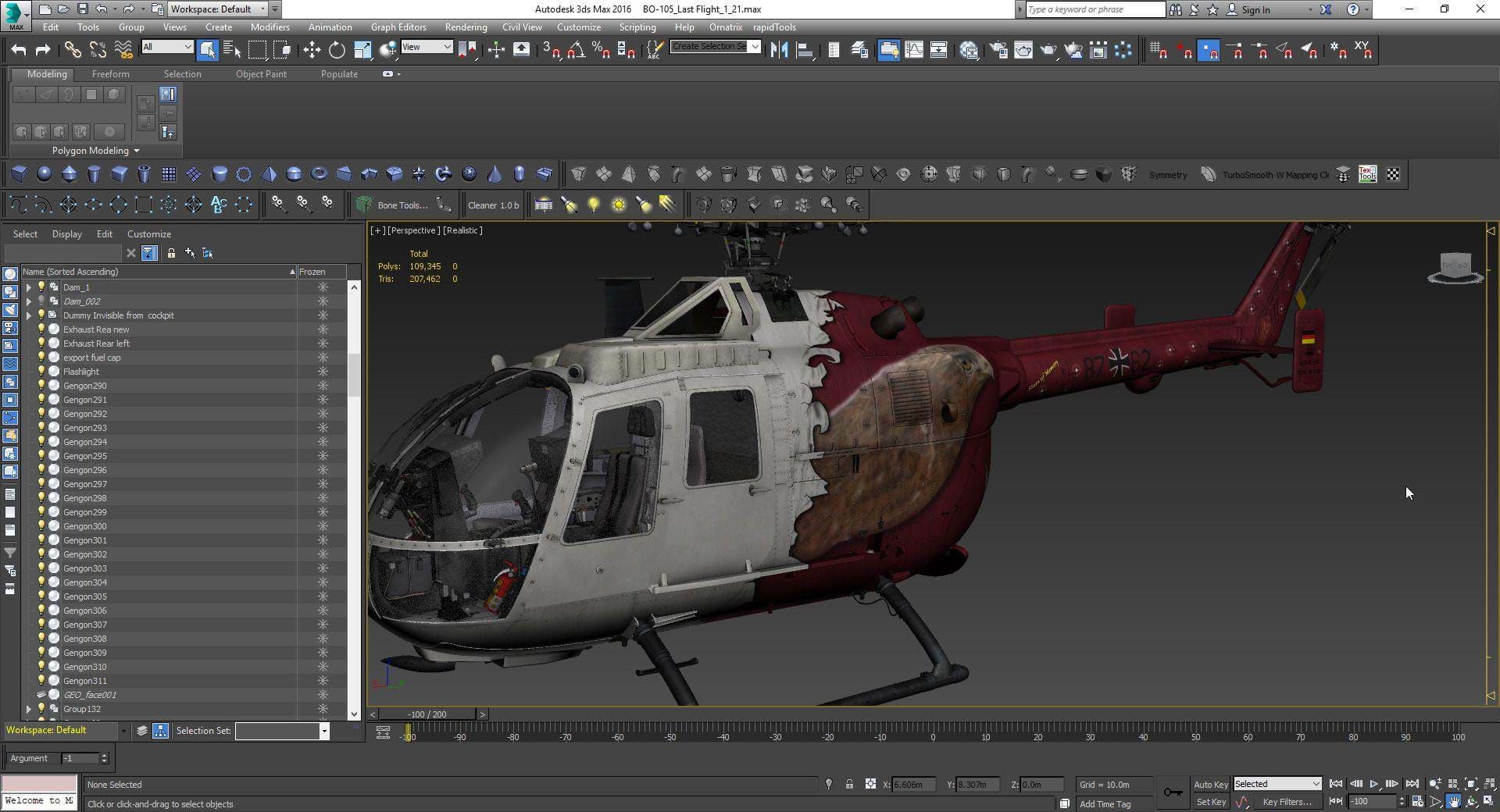 DCS is a tremendous platform for any aircraft but it's particularly interesting for helicopters. It’s pretty much the standard we wish all sims aimed to be at.

When the announcement was made (at the time, by Polychop), the community was obviously happy about the new product and people started playing the waiting game we already got used to when it comes to DCS modules, which are usually very hard to develop.

Things inside Polychop kinda broke between the guys and the Bo-105 was carried on by a new company called Miltech-5, which has kindly allowed us to do a very, very early preview of their work. And, from then on, we didn’t hear anything else from them.

Developing such complex modules is not an easy task and Miltech-5 ended up contacting a third-party to help them with this task. This third-party was not disclosed but, according to Miltech-5, it’s someone we can trust and negotiations with them are still going. 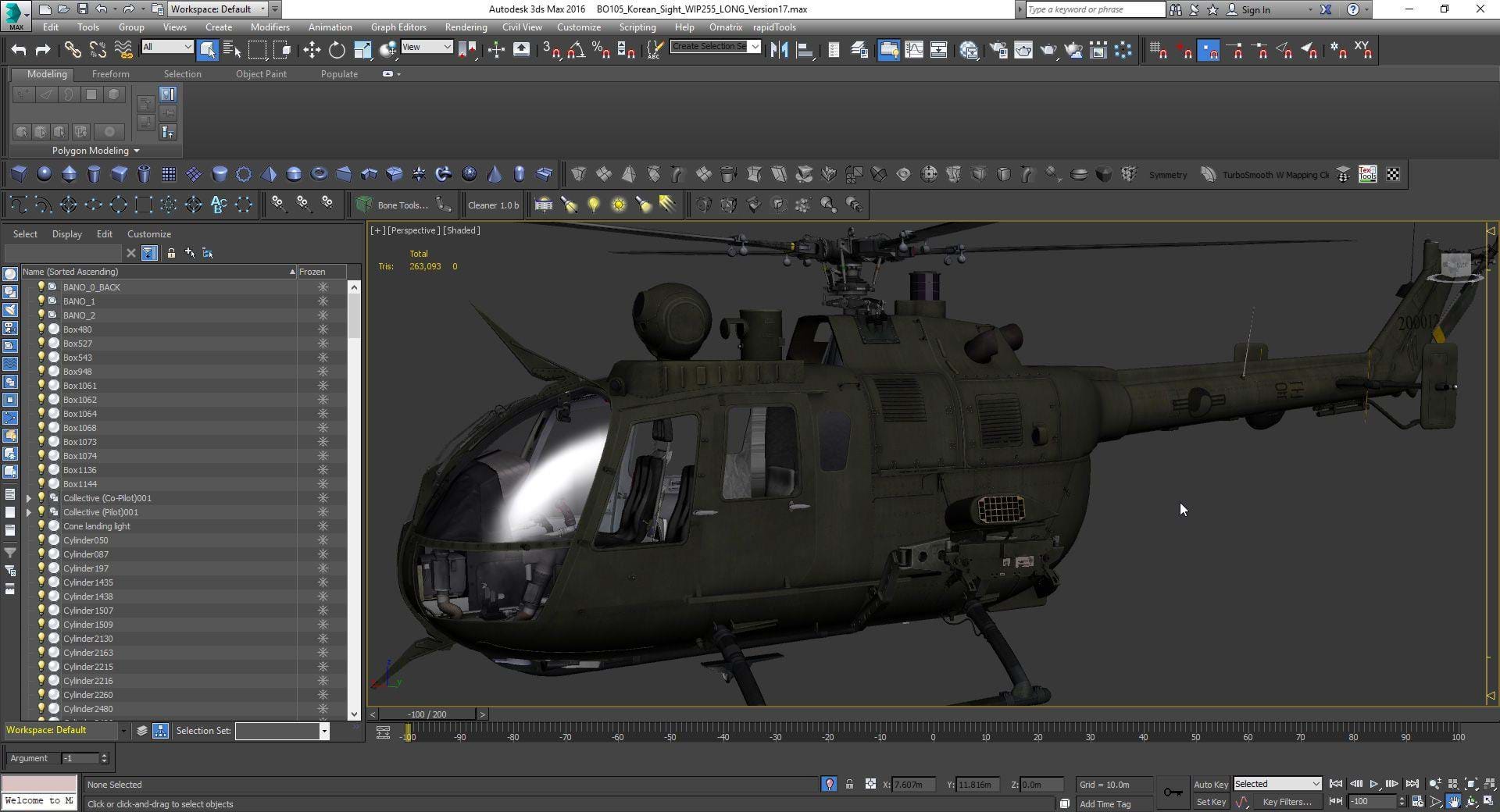 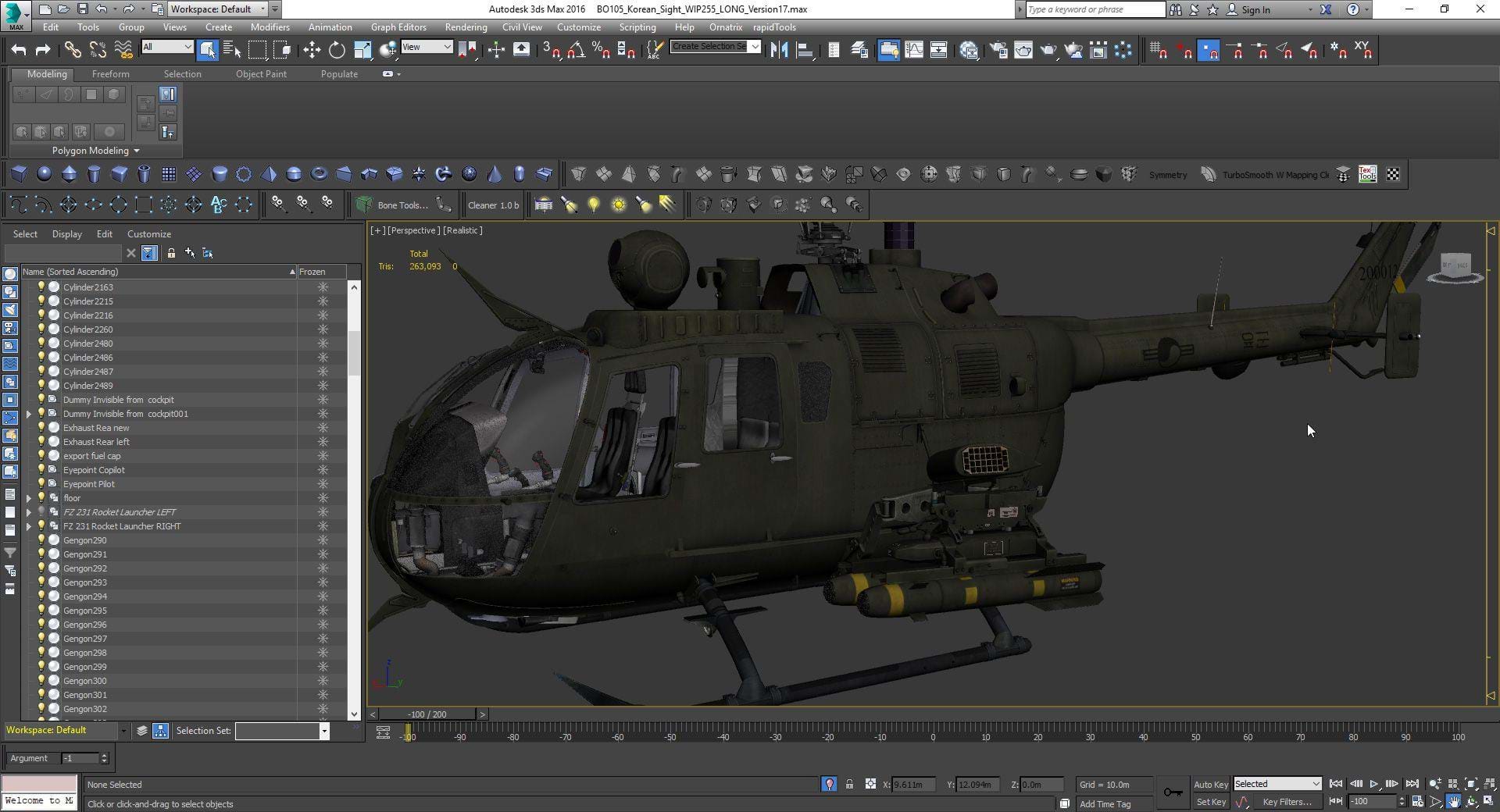 The project doesn’t seem to be dead but it’s going on slowly. I can imagine that, if it’s a trustworthy developer, that means it’s probably one that has already released modules for DCS before and, as far as I recall, all of them are working on known modules right now.

My guess is that the third-party is busy with their current workload and the Bo-105 was put on hold until they finish whatever is that they’re working on.

Nonetheless, Miltech-5 has surfaced with new liveries for the Bo-105 and they have, again, indicated negotiations are still going. We will all need to have a little bit (or a lot more?) patience.

Miltech-5 was kind enough to send us some work-in-progress screenshots of the liveries. The two above are for the CBS-5 Korean Light Helicopter and the ones below are special liveries developed for the end-of-life of the Bo-105. 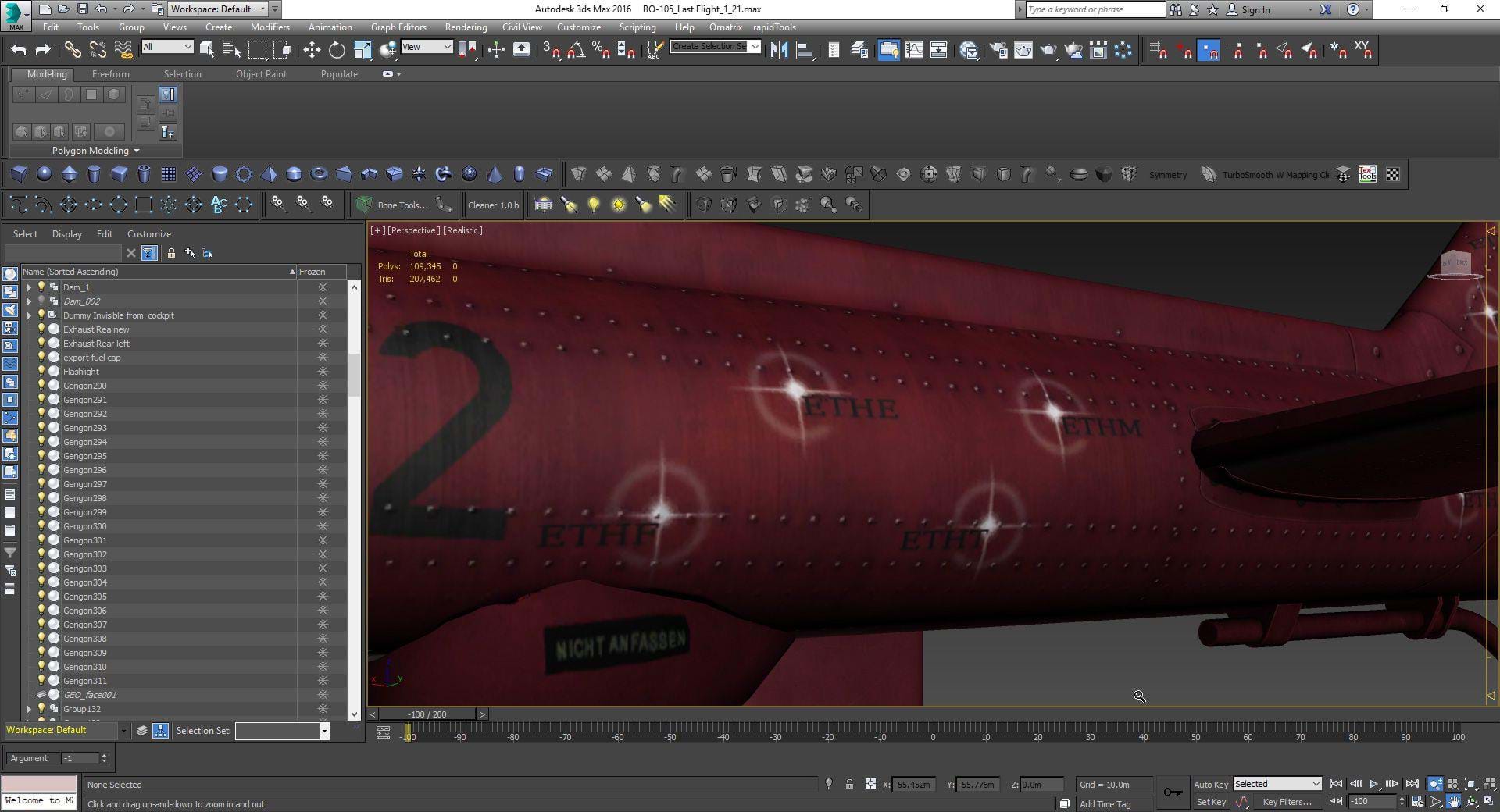 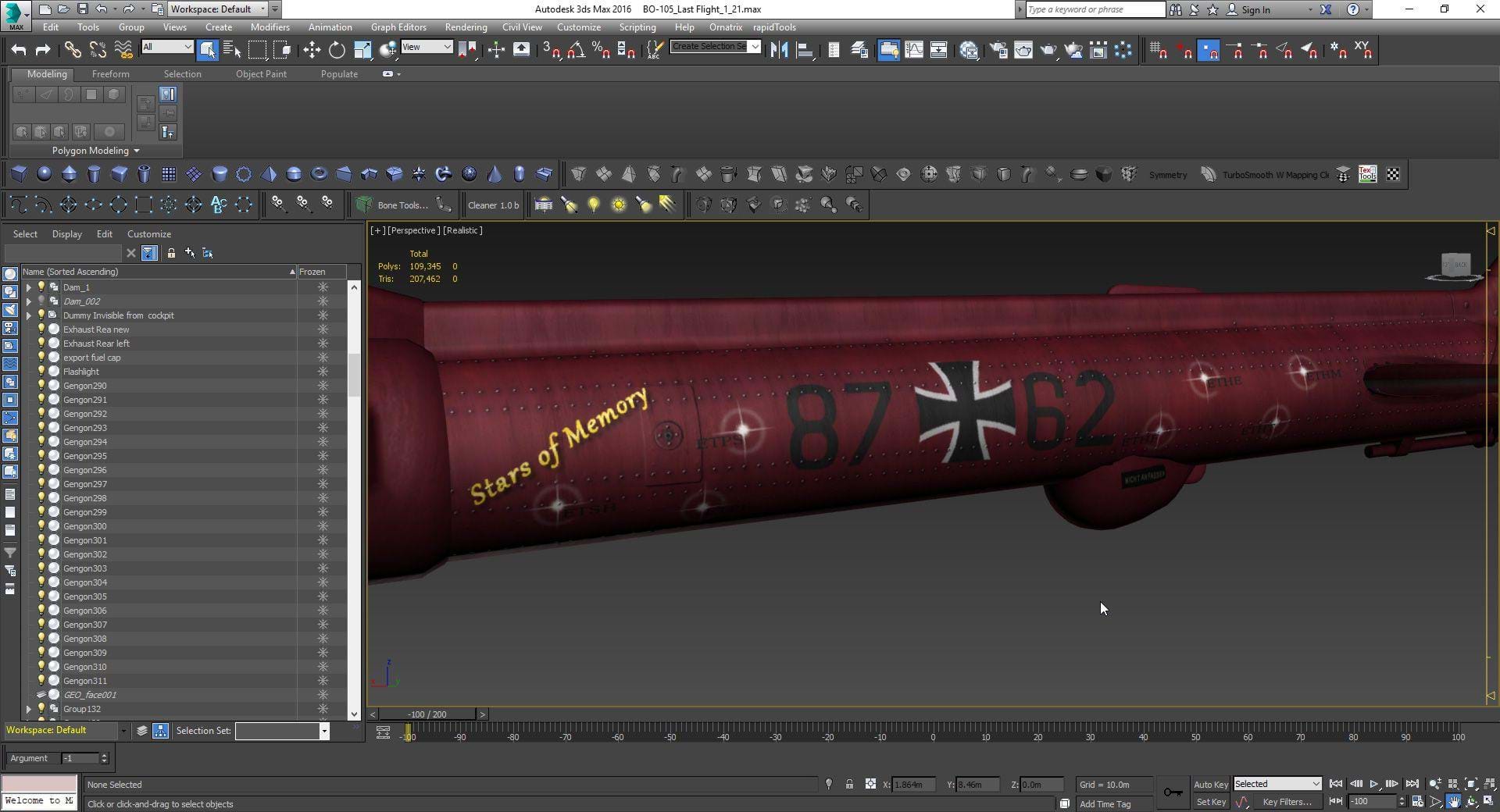 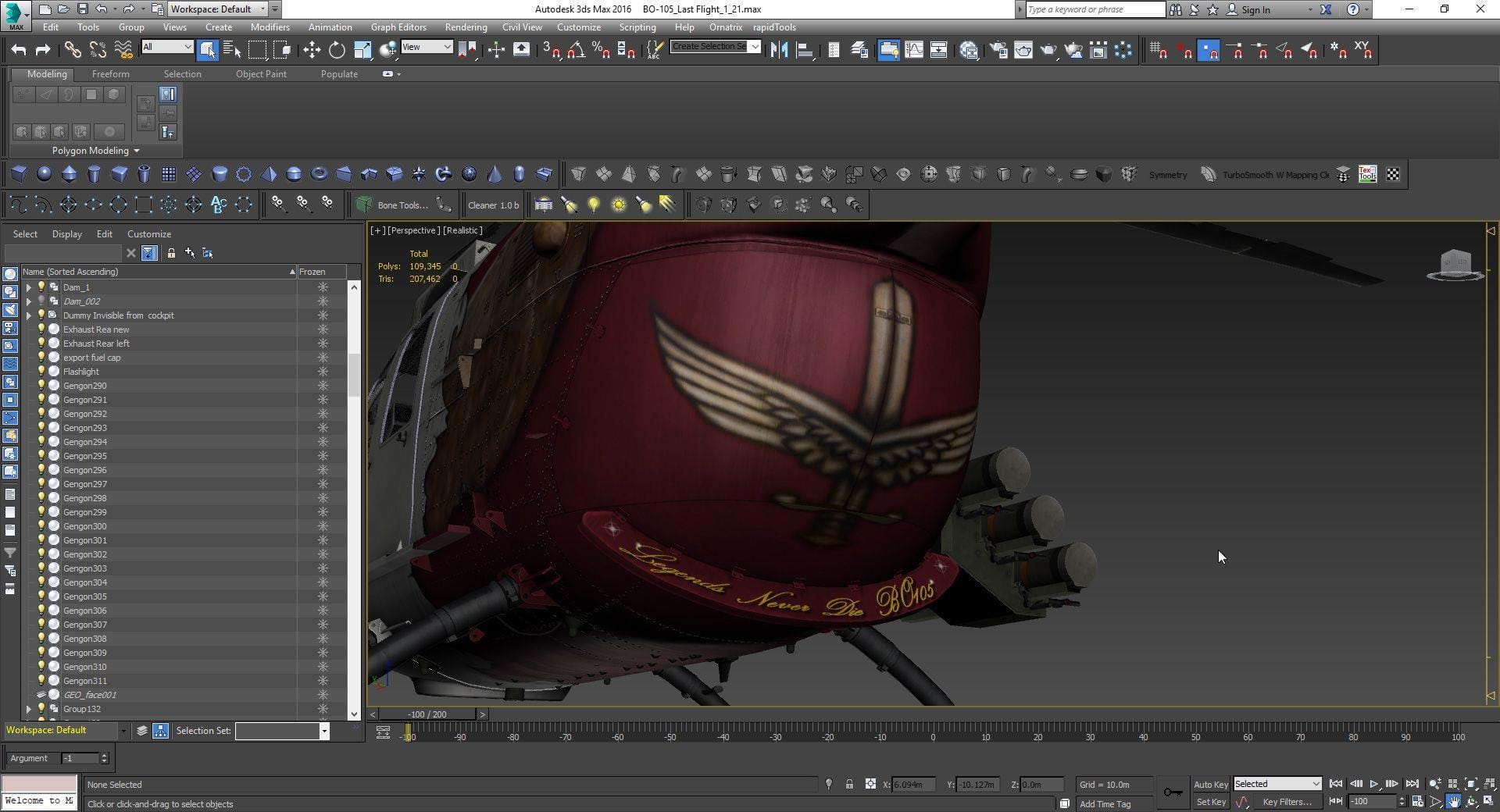 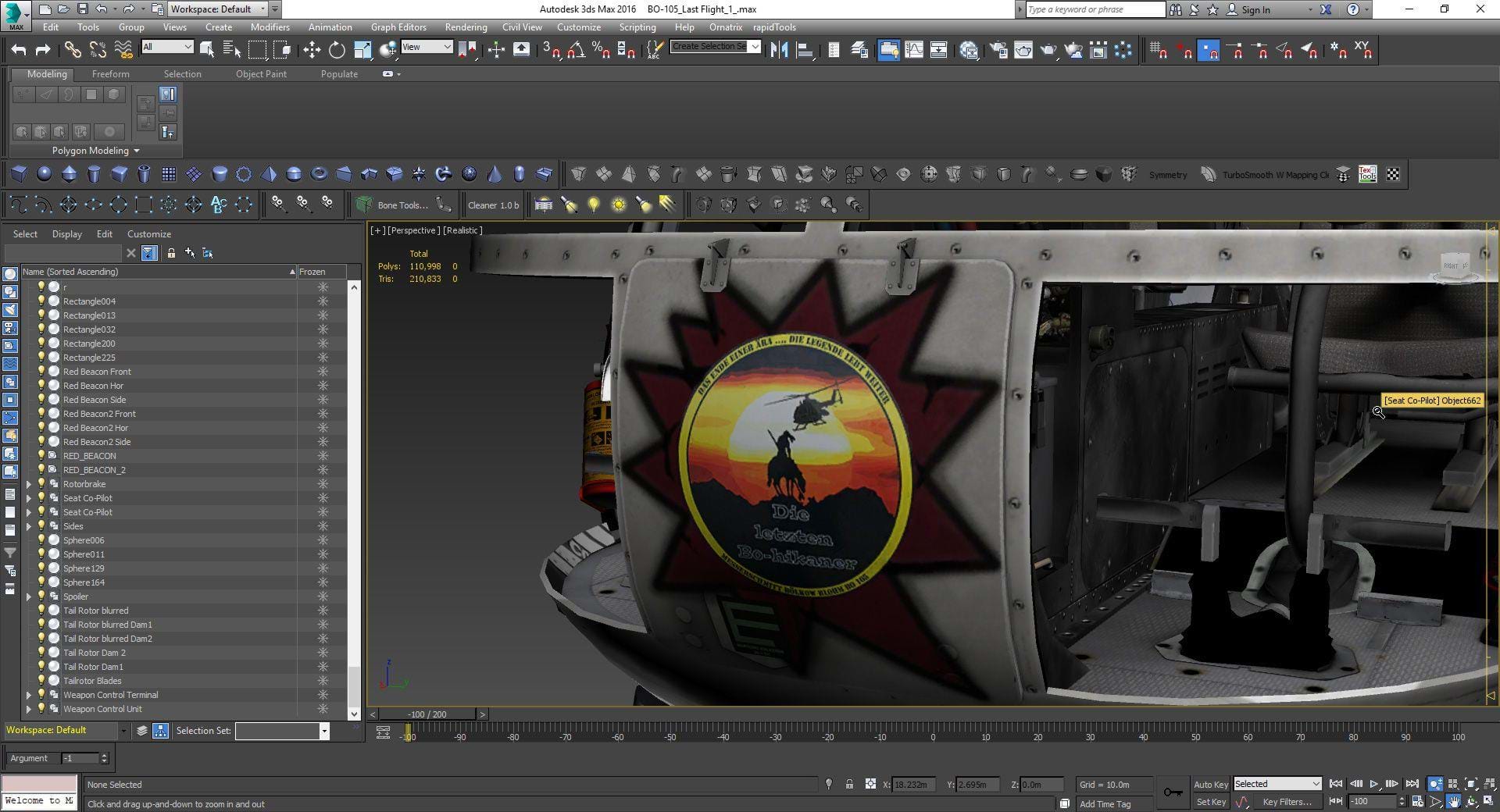 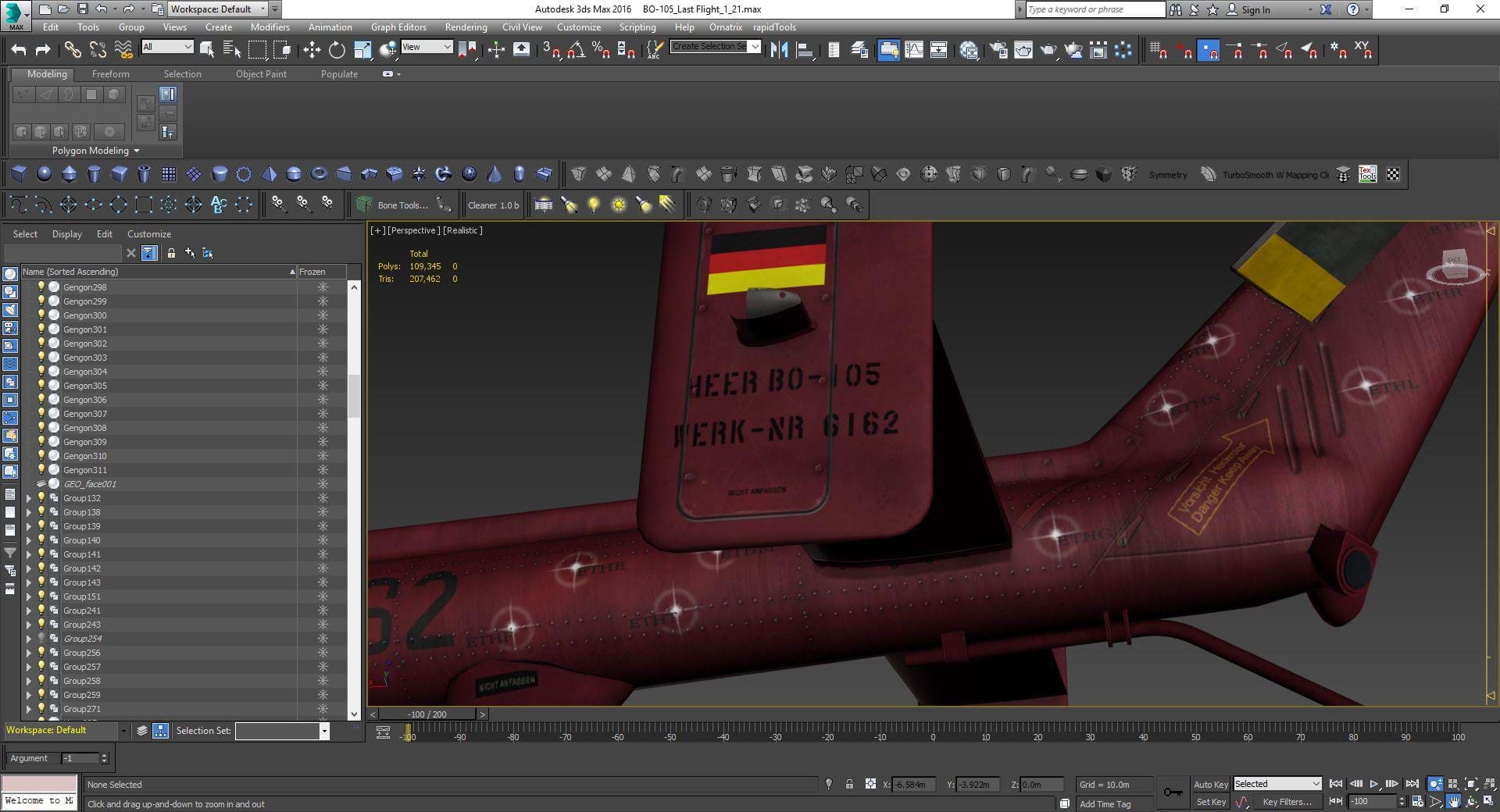 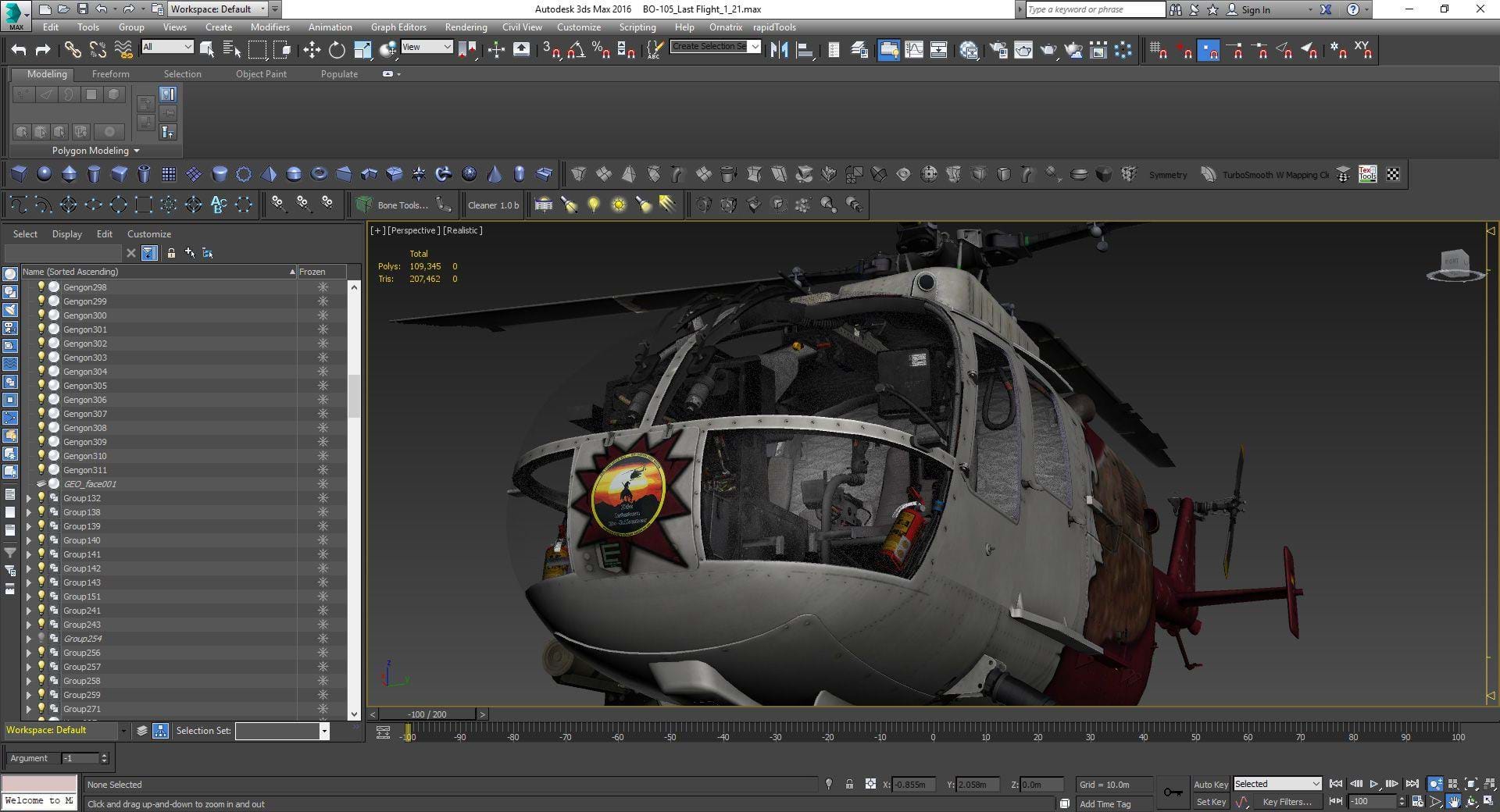 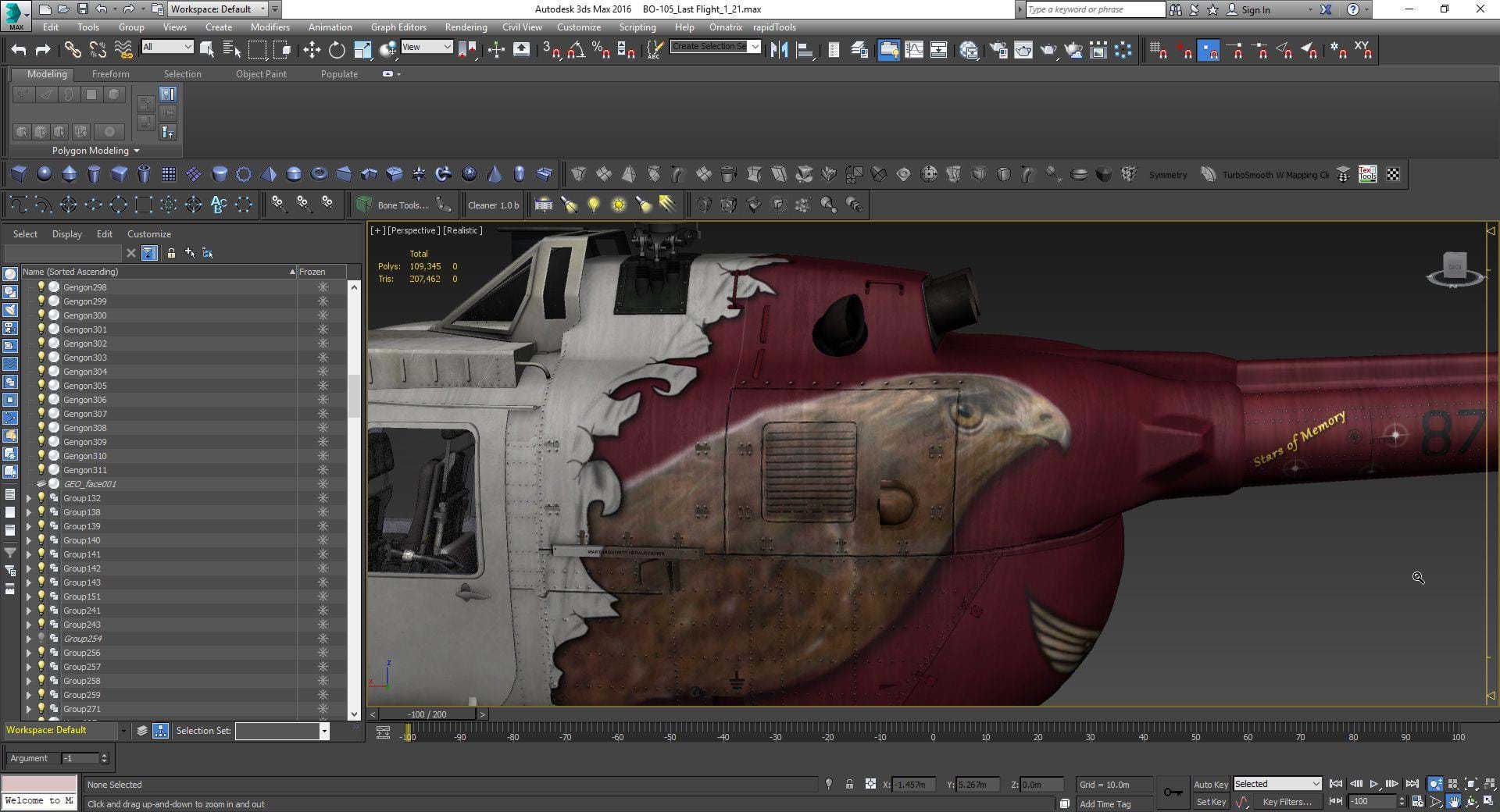