This new community embraces the world of air ambulances in sims and it’s looking for new pilots. 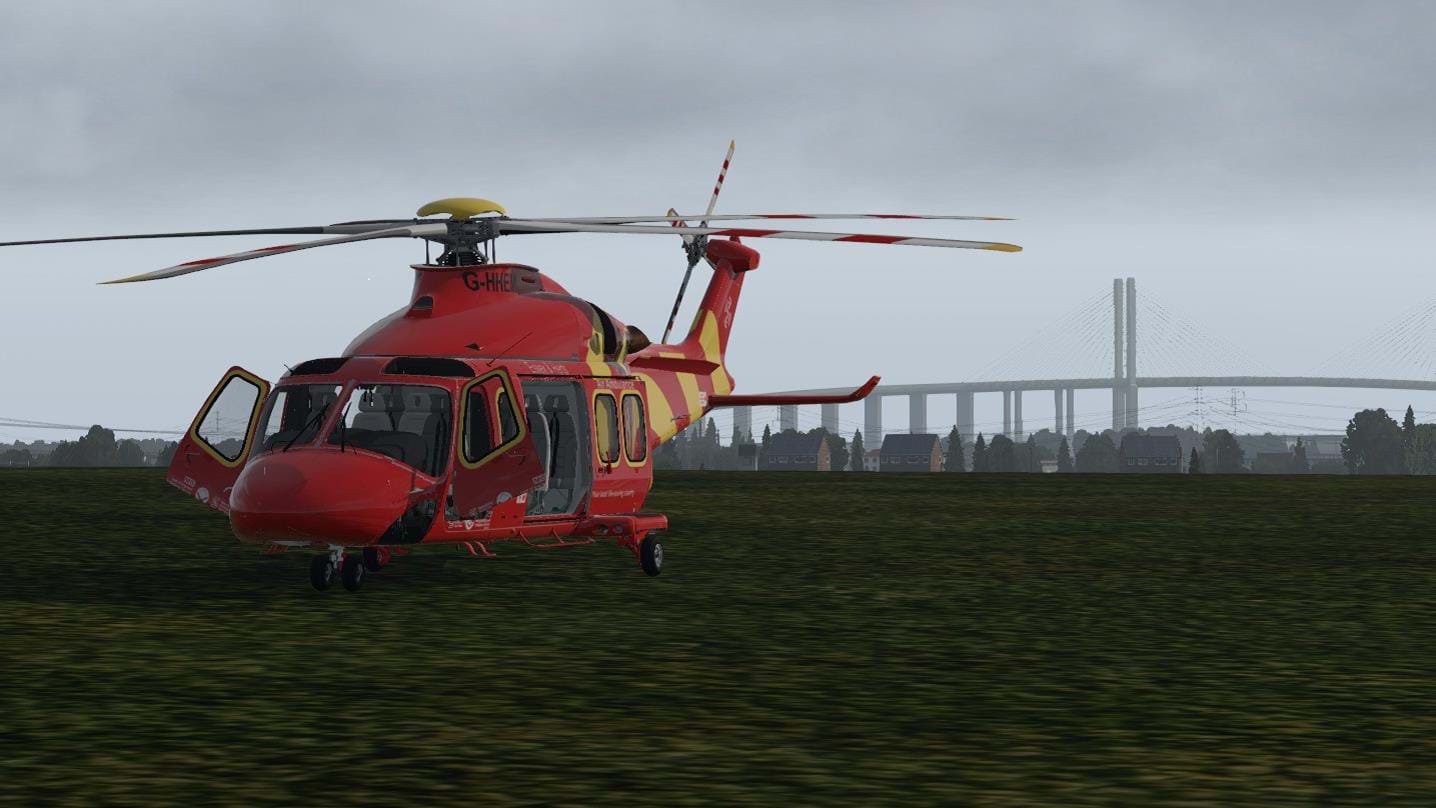 Above: the X-Rotors AW139, is quite popular among HEMS and here she is ready to save another life with the VAAS crews.

Air ambulances provide life-saving services day in and day out. The women and men behind it serve this honourable cause, very often under harsh conditions. These organizations rely on donations and fundraising efforts and/or are sponsored by companies that understand the needs and extreme value of the services they provide.

Karl Hughes 40+ years of passion for sims, and his experience with both military and civilian virtual airlines gave him the tools to start a new endeavour precisely to raise more awareness to the work the Air Ambulance Services do, for the communities they are a part of.

The Virtual Air Ambulance Service (VAAS) provide a platform for its users and allows them to replicate the roles these organizations fulfil, but in the virtual space, of course.

With a presence on Facebook, VATSIM and having their own website, VAAS also directly supports a project which is very dear to me: the Charity Scenery Project.

We had a quick chat with Karl about the VAAS and he was very kind as to let us know more about the project. 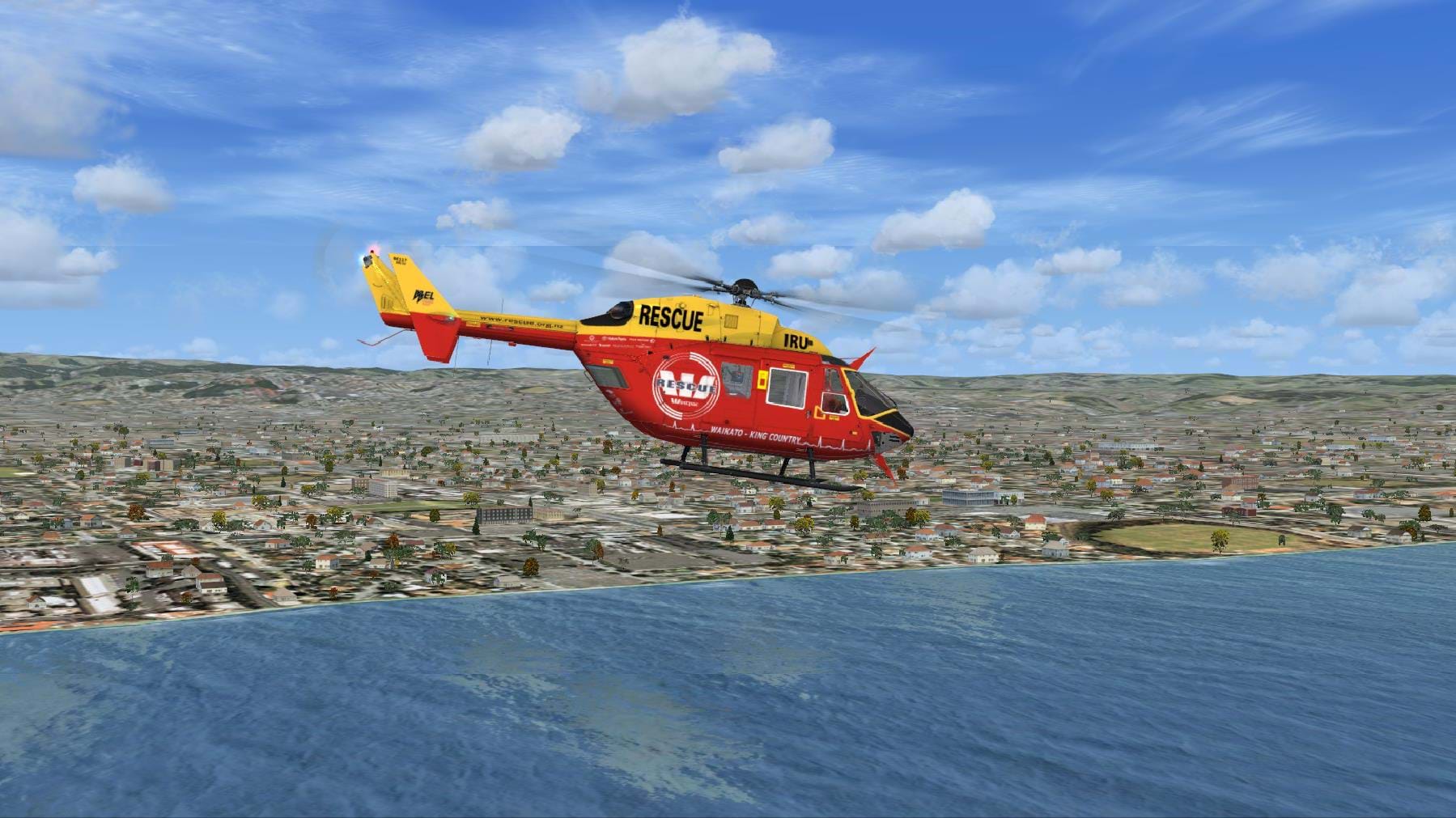 Hello Karl. Thank you very much for your time. What brought you to create the Virtual Air Ambulance Service?

Well, there are a plethora of flight simulation organisations available to join, both civil and military, flying anything from a GA Cessna 172 to an Airbus A380, with gliders, airships and helicopters sandwiched in between.

Helicopters are widely regarded as a challenging choice of flying machine, often left to those who are willing to work hard at their rotary flying skills. They are both challenging and rewarding to fly, given patience and dedication, but for some, they constantly remain too difficult to even contemplate!

All the major flight simulation platforms have helicopters embedded in their fleets, with a wide range of civil and military types being available, some even as freeware.

There are also news of helicopters coming from third-party developers to the most recent sim in the market, Microsoft Flight Simulator, and this proves that virtual helicopters are here to stay.

In spite of all this optimism what I  have found that was missing, for me at least, was a community such as VAAS, able to give helisimmers the opportunity to not only fly with a purpose, but which also enables a virtual rotary pilot to embark on a worthwhile career.

VAAS provides both those things.

I am working very hard at creating a community spirit in VAAS, as we are all there for the same reason, saving virtual lives, and although we are all unpaid volunteers, the satisfaction of returning to base after a successful Air Ambulance flight cannot be underestimated.

Gaining promotion, receiving awards and taking on roles and responsibilities will be part and parcel of a VAAS pilot’s life and I hope as many helisimmers as possible get the chance to experience that.

How does the Virtual Air Ambulance Service work? What should someone that joins VAAS expect?

In essence VAAS is a Virtual version of a worldwide Air Ambulance Service, whereby virtual helicopter pilots can embark on the career of an Air Ambulance pilot.

A new applicant to VAAS has over 20 bases to choose from, and as more pilots hopefully join us from many countries around the world, the number of bases available will naturally increase, giving pilots the unique opportunity to protect the area they live in, if they so wish.

For example, I am a pilot with the Yorkshire Virtual Air Ambulance unit, flying from RAF Topcliffe or Nostell Priory and I chose this unit because I live in South Yorkshire and know the county well. I really enjoy flying in areas that I have actually visited and I get a great sense of satisfaction serving the virtual people of Yorkshire.

The base you choose is just that, a home, but VAAS pilots can fly from any base they wish, in any fleet helicopter they possess in their preferred flight-sim platform, so there are no restrictions on the enjoyment you can have.

I don’t think it will be too long until VAAS opens a base in Innsbruck !!

A Virtual logbook is created following your first flight as a VAAS trainee, and as you log more flight hours you will be promoted within the VAAS system.

Annual awards will be issued for time served  in VAAS, as well as for taking on roles and responsibilities such as Base Commander and Instructor positions, and as always there will be a need for Administrators.

The primary reason for VAAS is to provide challenging and rewarding rotary flying, but in an organised and structured environment.

Anyone wishing to join VAAS can visit the website here, simply click the join button, complete the Pilot Application Form and you will receive a reply within 24 hours. 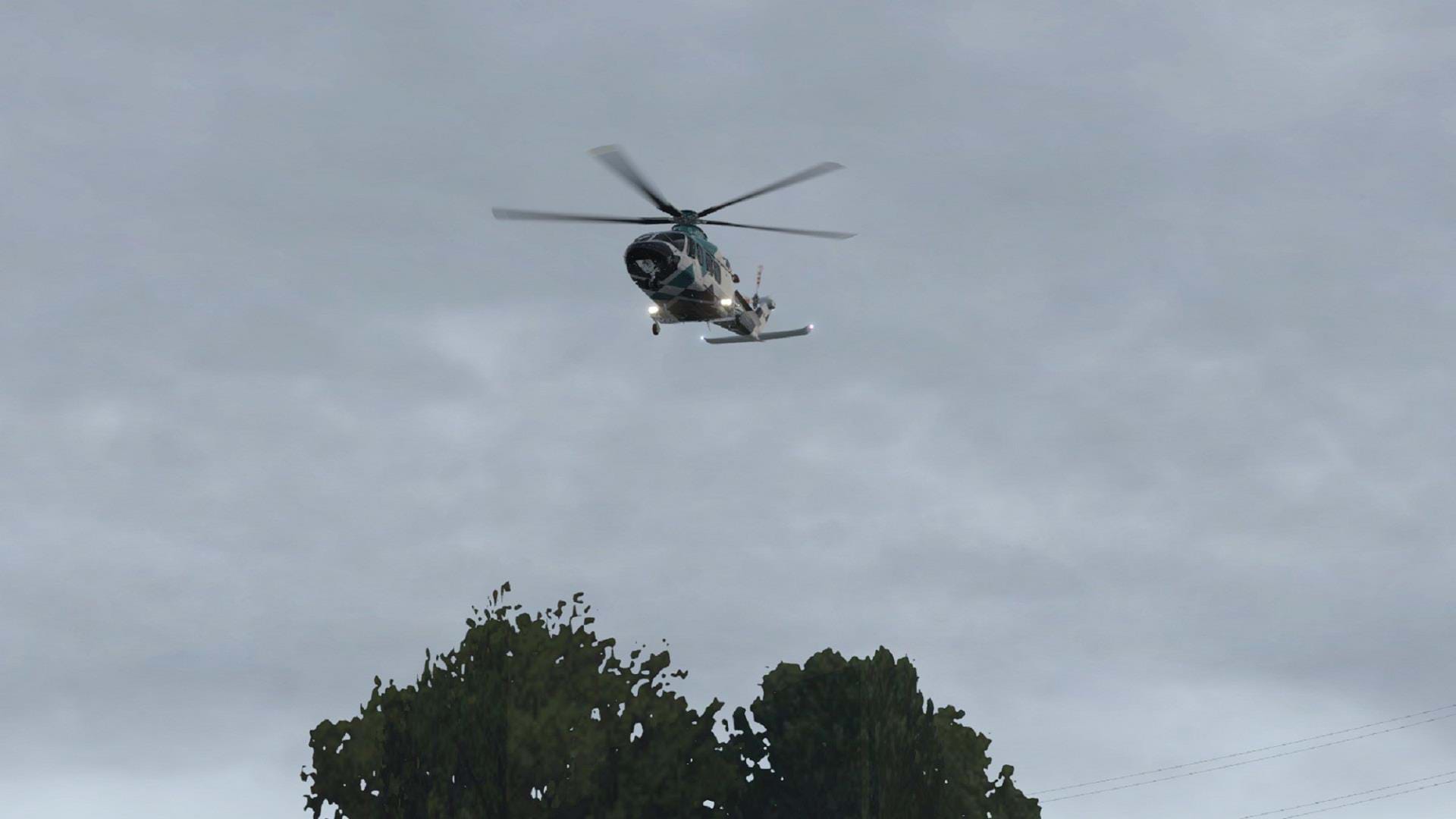 All right. I’m sold. I checked out the website, I want to register. What else do I need to do? Which sim do you recommend me to use? Let’s imagine I am brand new at this. Guide me through.

To be honest, the best platform for getting the most out of VAAS is currently X-Plane 11.

The main reason for this is that X-Plane 11 has a number of modification programs which are freely available, that can be installed as plug-ins, which allow you to create and fly rescue missions that are based on Urban, Street and Search and Rescue scenarios.

Once accepted, a mission flight plan can be viewed on flight planning software such as Little Navmap and using the AviTab plugin software, the Hospital Helipad locations available can be displayed on an in-aircraft tablet, allowing the pilot to navigate on the move.

The Helicopter Rescue Mod (HRM) can be downloaded as freeware, from X-Plane.org, and if upgraded with the UK Air Ambulance Mod (UKAAM) available from the recently featured Charity Scenery Project, priced at a mere £1, a virtual pilot will then have many more scenario types available to choose from.

I find these scenarios very rewarding and challenging, as your smooth flying skills are rewarded, with the opposite true for poor control of your helicopter which directly affects the casualty comfort score awarded to you after you have delivered them to hospital.

There are several levels of difficulty available in HRM, providing a wide variety of taskings.

Unfortunately, none of the other flight simulation platforms provide HRM capability at this time, so you will have to create and fly your own scenarios, but this can still be enjoyable and will still allow your VAAS career to progress as normal.

For those that would like to see the HRM mod being used, I recommend visiting the YouTube channel of 104th_Maverick, who regularly flies Virtual Air Ambulance helicopters on the VATSIM network. 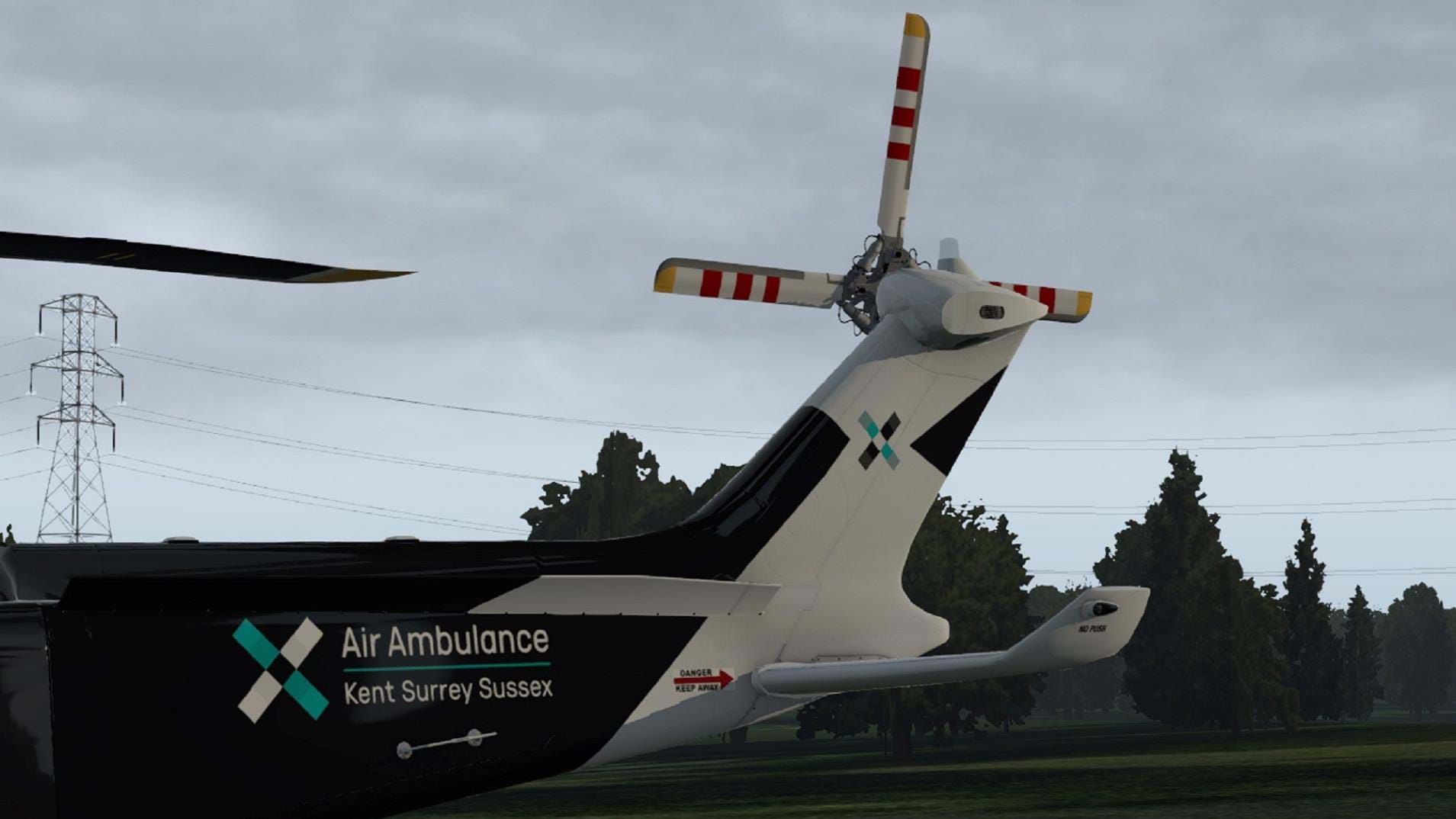 What do you expect to accomplish with VAAS. How do you see the future of the virtual organization?

My main hope is that those flight simmers that do have an interest in flying helicopters consider joining us, however I do see lots of scope for expansion.

For example, one of our pilots lives in Australia, and initially applied to join the Virtual Scottish Air Ambulance unit, and after a discussion about the logistics of being from Australia and a member of VAAS, he is now the proud Commander of the VAAS South Australian Ambulance Service, free to recruit pilots from his side of the world.

It would be great to establish VAAS bases all around the globe, of course we will not tread on the toes of any already established Virtual Organisations, who we can easily fly alongside and with.

I encourage all VAAS pilots to fly on the VATSIM network, as it not only raises the profile of rotary flying in general, but gives a VFR traffic presence that a lot of controllers enjoy interacting with.

I understand there is also a lot of scope to add a fixed wing presence into the VAAS operational structure, as real-world fixed wing helimed pilots perform an equally important role as helicopters do on many fronts, but for the short term at least, VAAS will concentrate on establishing itself in the helisimmer fraternity first.

It would be great for one of the software developers to have a look into developing programs similar to the Helicopter Rescue Mod and UK Air Ambulance Mod for more platforms to utilise, as I am more than sure that this kind of mission driven flight simulation could become very popular, and to be honest I see VAAS as a useful test bed for any type of add-on or plugin that may be developed in the future.

Lastly, I hope VAAS can become an organisation that actively promotes the role of Air Ambulance units worldwide and the fantastic work they do on a daily basis, and to aid this, we will have regular features on Air Ambulance services of the world on the VAAS Facebook page.

Great stuff, Karl. Thank you very much for your time and for doing this for the community. Is there anything you’d like to say before we wrap this up?

I would like to thank you, Sérgio your kind encouragement and support of VAAS. It is very much appreciated.

The VAAS in a nutshell 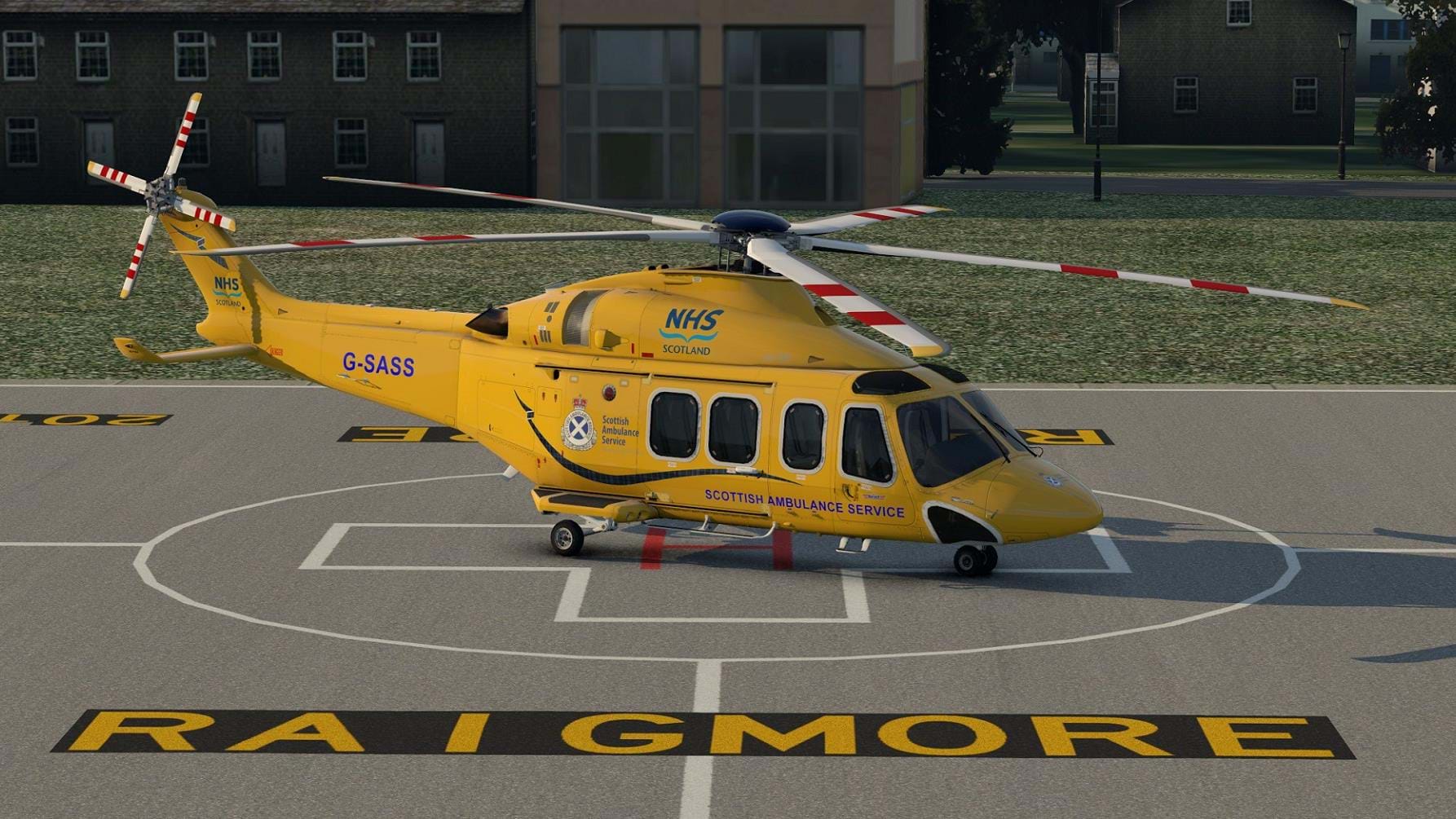