By now, unless you live under a virtual rock, you should be aware that X-Plane 12 is out. So… Is it worth it?

That’s one of the questions we see popping up a lot on several Facebook groups, forums, and social media.

Well, we see other things as well. But we’ll get to it. I’ve spent a few days using X-Plane 12 and here are my initial thoughts on it.

In case you’re wondering why I’m just providing my initial thoughts and not a full-blown review, the product has not reached a final version yet. And, honestly, I haven’t reviewed a single sim before. I provide my thoughts and any insights I have – and a lot of unsolicited opinions, but I don’t really do any kind of review with rates, or scores and I don’t intend to start now.

What’s X-Plane 12 NOT all about 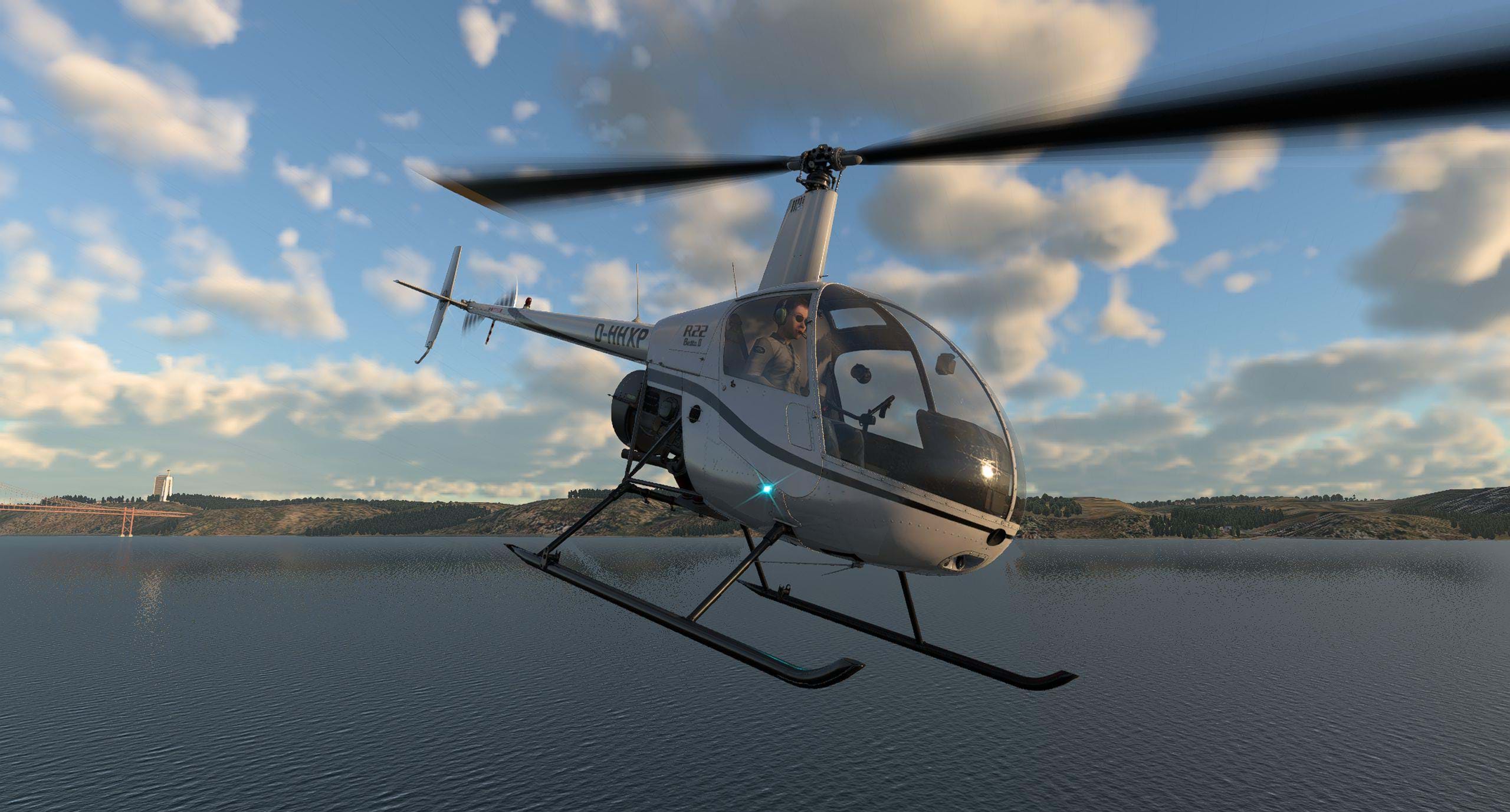 Let’s clear the air right now and get some stuff out of the way.

I see a lot of folks out there feeling very frustrated because, in their minds, for some reason, they imagined X-Plane 12 was going to come out as a completely new, overhauled, “next-gen” (as some call it) simulator that would blow everything else out of the water.

So, I am sorry to bring you the bad news: X-Plane 12 is not that type of revolution you may have thought it would be.

Fine! What’s it all about, then?

Having that said, what’s X-Plane 12 all about and what does it bring to the table?

That’s right: X-Plane 12 is much more of an evolution for the sim than X-Plane 11 was. 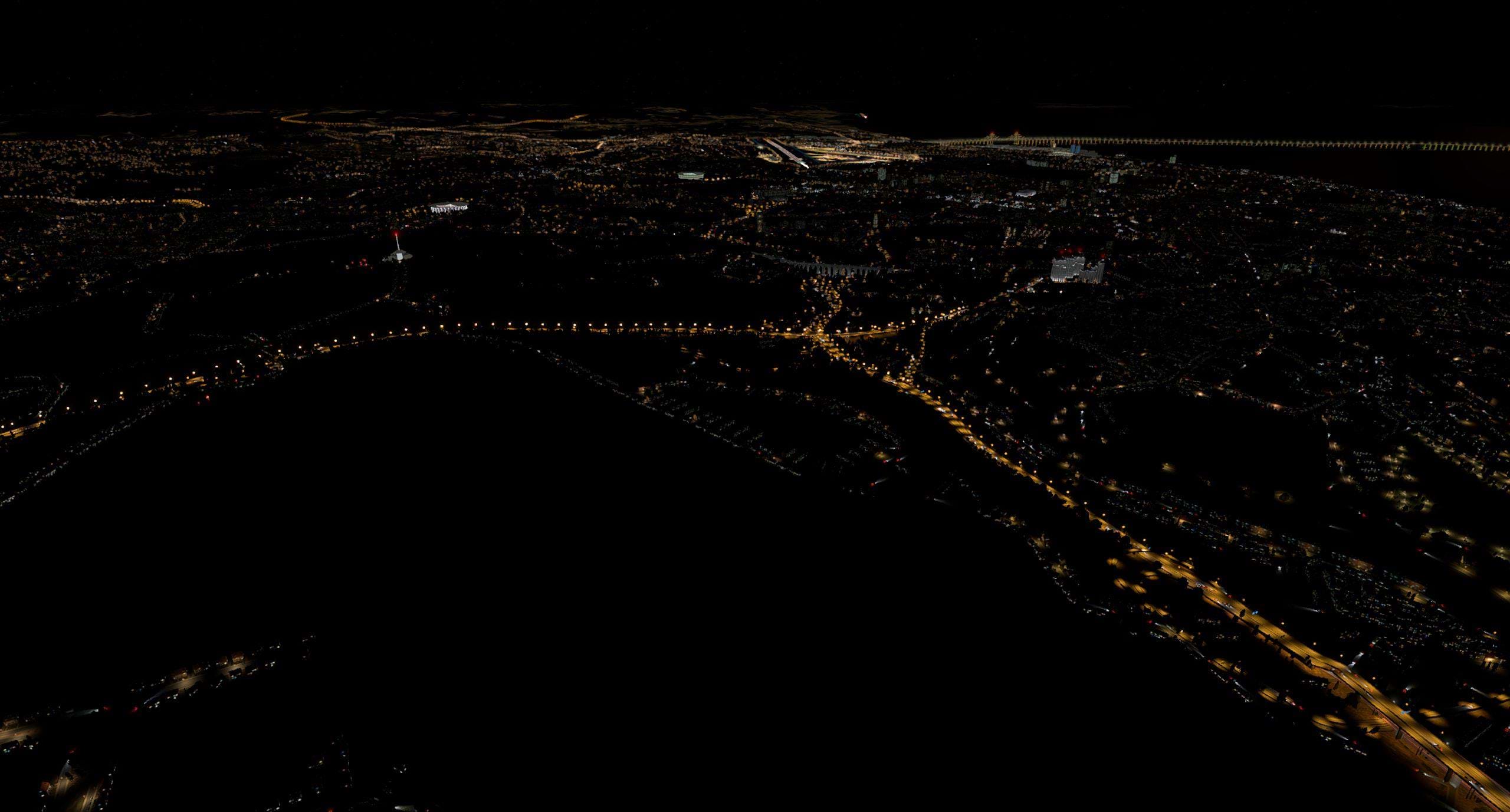 Yet, a lot of those folks that are saying this is not a truly new version, loved X-Plane 11 and were perfectly happy with the “evolution”.

This leads me to think that people didn’t actually bother to understand the work Laminar Research had with the new version of the sim.

But for someone that has been following the progress, that is pretty clear. And if you visit the official website, you will find this list:

A lot of these improvements or new features required Laminar Research to completely redo the code on some components, which is quite impressive. They were not afraid to break everything and rebuild it. 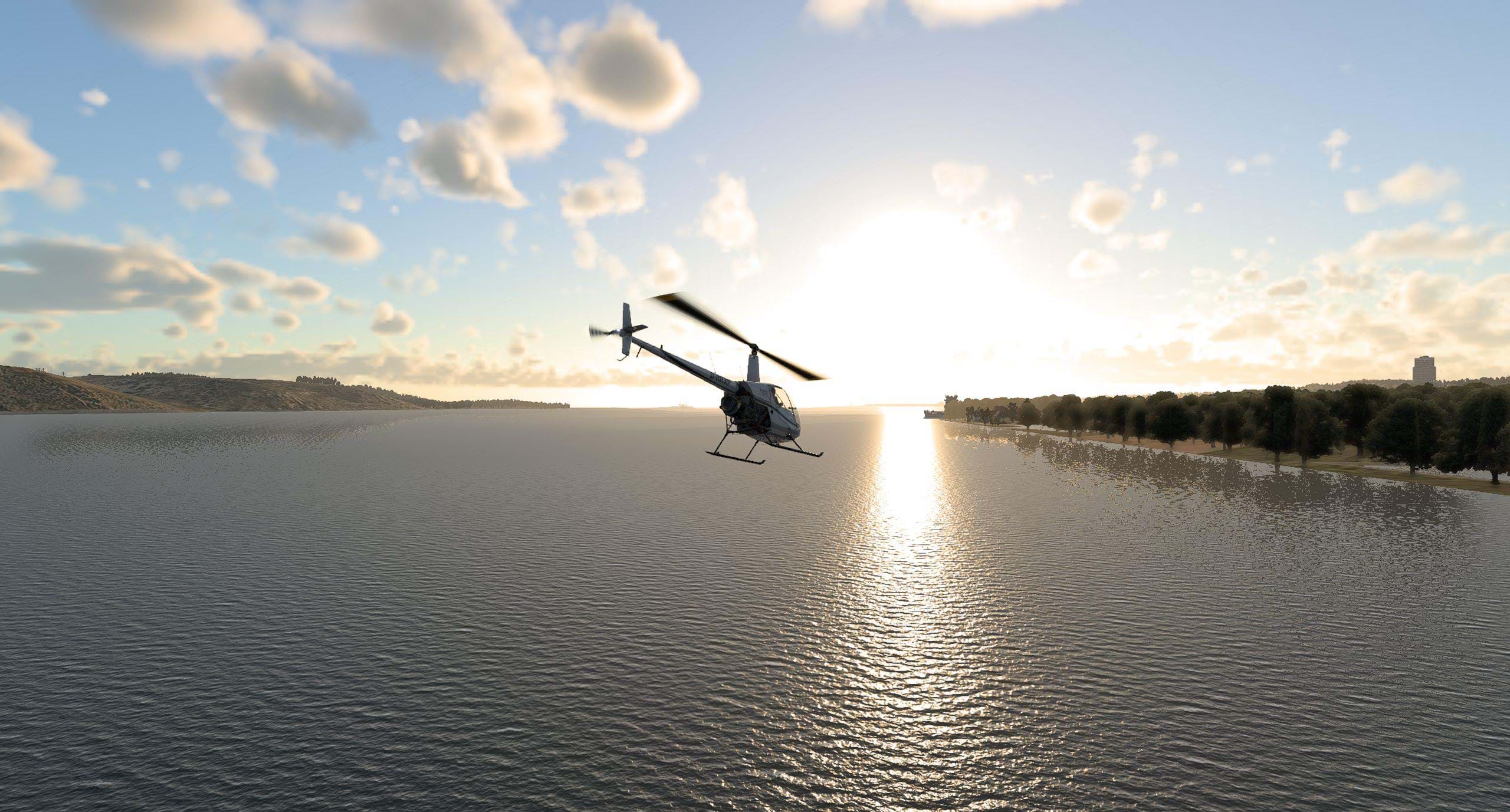 That is quite an impressive list and a lot of those features, like seasonal effects, have been requested by the community for some time. Laminar Research even built on top of it and added snow, rain, and ice accumulation, which is pretty cool.

Granted, a few of these are broken. We are still going through the open beta period so there’s a lot of work to be done.

But that doesn’t mean we will have a miracle and all of a sudden the sim will have its visuals changed.

If you were one of these persons, you should know something about Austin Meyer (the CEO of Laminar Research). Austin has a very clear and defined vision for X-Plane. Despite some changes of plans here and there to cater to what we, as a community and his customers ask for, he usually works so that he sees that vision come to life.

That means that he is not going to be following Company A or Company B. He will be doing what he has been doing for the past 25 years and has brought X-Plane to what it is right now.

You could argue that he is “losing the battle” and that Laminar Research will “have customers go away” and “X-Plane will die”. That could happen. But we have listened to that for almost 15 years, every single time a new version of other sims was out or even new sims that meanwhile have disappeared from the market altogether.

Enough with the chit-chat

I know this was a long introduction (ish) and you are probably bored to death when all you wanted was for me to tell you if you should get it or not. But if you read my articles, by now you already know that I am not the kind of guy that just throws a yes or no answer.

And I do that because I believe that the person that knows better about what you want is you.

Like I said, if you were waiting for a revolution, you are not going to find it. You will not be getting a sim so different that your head will spin.

X-Plane 12 is an evolution of X-Plane 11. The sim you (probably) already have in your computer is, indeed, now better with new and improved features. Yes, it does look better as well, and no it doesn’t look the way some folks out there wish it did.

But it does look better. Scenery (autogen) has improved. In fact, it has improved to a point in which it tries to replicate the shape of some buildings, even if it doesn’t do it in full photogrammetry glory. But that’s not the goal anyway. Laminar Research wanted to build on top of what they had, not follow anyone else’s footsteps. 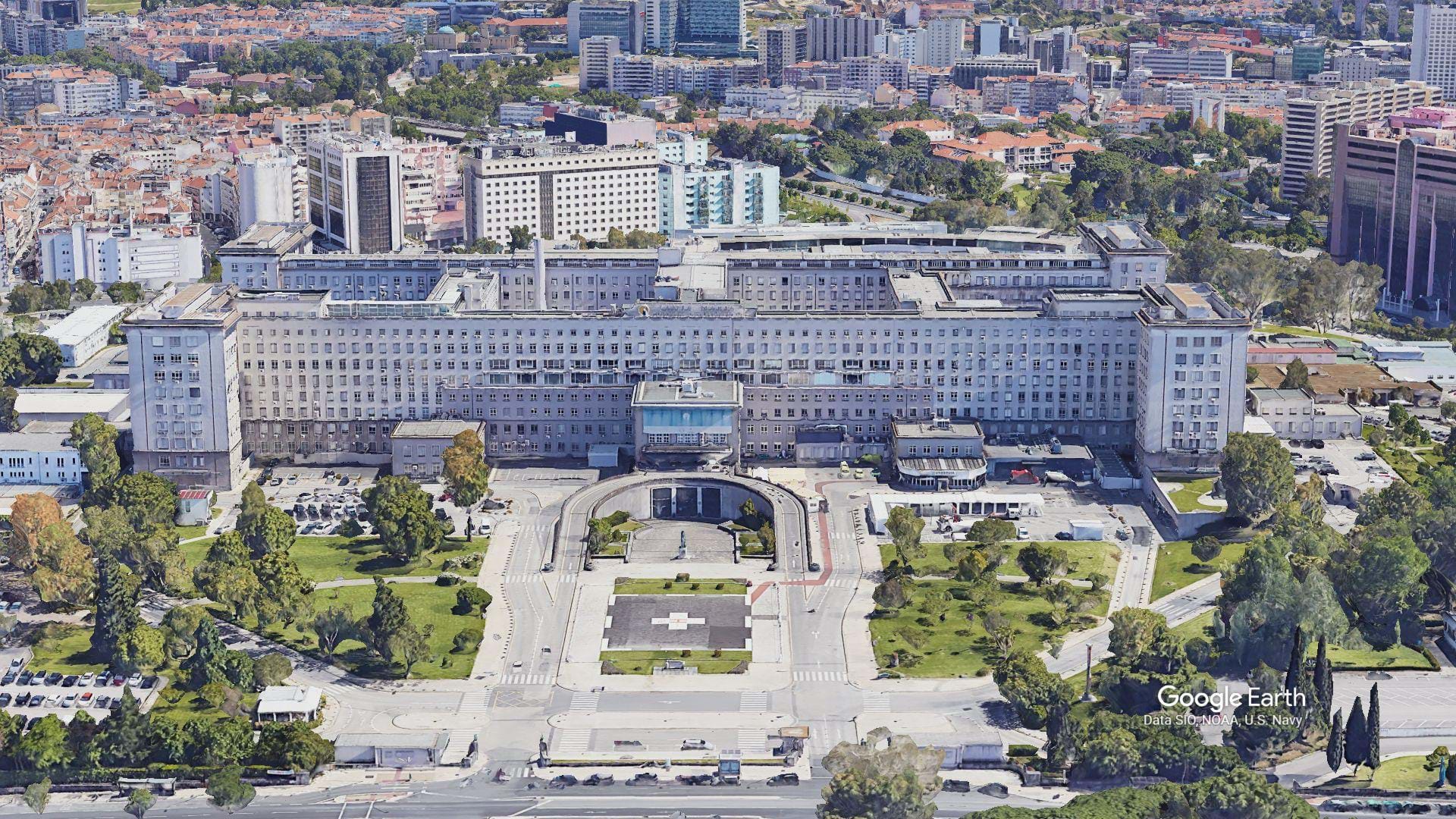 The flight dynamics feel solid as usual and we are getting all the amazing stuff in the list above.

Among all that, we are getting better lighting, seasons, real weather, ambient sounds (really, they are SO cool), 3D trees (unfortunately still not collidable which is a shame since it would add to the challenge of operating in confined environments on forests) and 3D water, which allows us to have a much better sea/floats operations. These things alone, in my opinion, are more than enough to justify a new version of the sim as they improve immersion drastically and make the sim so much better.

Some may argue all that should be a part of a free update. After all, since X-Plane 11 was released, 5 years ago, we have had only 23 updates. Why shouldn't Laminar Research bring us all this new stuff for free?

Yes, I was being sarcastic.

Let's get back on track.

Should you drop version 11 because of it? Especially since you have your X-Plane all tweaked and fantastic for you?

Well, that’s something only you can say. Go through that list. Visit X-Plane’s official website and look into the description of each one of these. 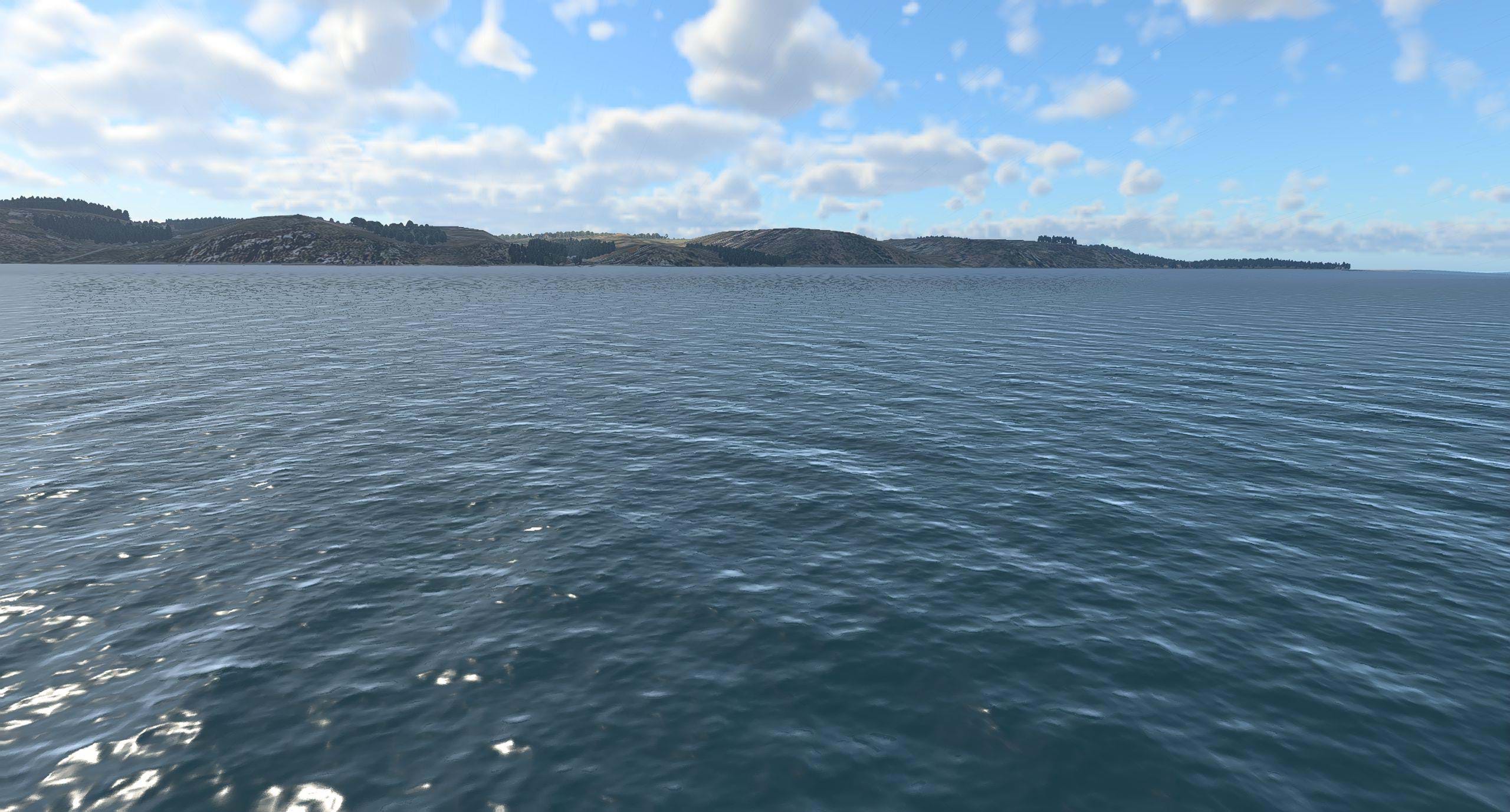 X-Plane 12 is quite the step up from the previous version. It builds on top of what X-Plane 11 is and improves the product drastically. Not so drastically that it's not recognizable anymore, but it brings enough new features that make it quite a different product.

In fact, it brings more than I was expecting for this new version. It's not that I keep my expectations low, mind you. I knew what to expect. And Laminar Research delivered a bit more (so maybe I didn't know what to expect after all? Confusing!).

I am keeping X-Plane 11 installed, and I will slowly make the transition as new helicopters come out and I get things sorted and working my way. Which is not hard. I install close to no add-ons, except for scenery for the areas I fly, helicopters, and X-CPL-Pilot . Oh and, of course, any dependencies that I may need.

I keep my installation pretty simple by design. This helps me a lot when a new version comes out. There’s not a lot I need to reinstall, re-tweak, and waste time on. After all, my time is short and I want to spend as much as I can simming, not configuring stuff. I want updates to come out and for me to be able to use the sim, not go through the settings and updating a thousand third-party products.

Speaking of helicopters, the new R-22? Worth it! So much. It’s so much better than the default S-76! Laminar Research did a fantastic job with it, and you can even use a floats version so you can better appreciate the 3D water. 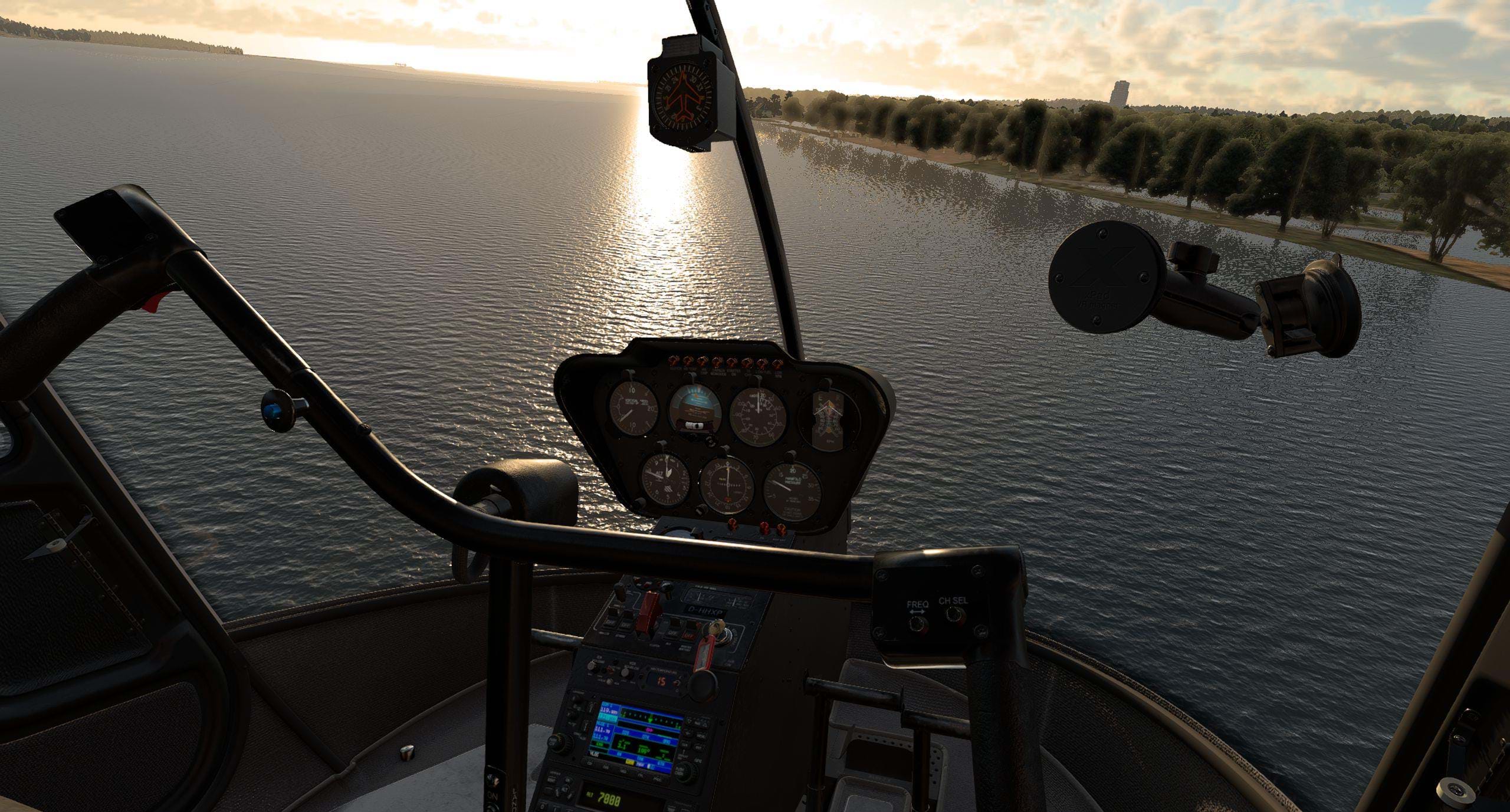 I think it’s well worth getting X-Plane 12, but you need to set your expectations straight. Don’t go after what others tell you and don’t pay attention to rumors.

Keep in mind it’s a beta but don’t take that as an indication that a lot will change and we will get some sort of “Google Maps” scenery or something like that. It’s not foreseeable that the sim will look that much different by the time the first final/stable release comes out.

When I say that you need to keep in mind it’s a beta, you need to expect stuff to be broken. VR is not working well for me, for example. It’s better than it was when the first beta came out but still wonky.

X-Plane is X-Plane. The sim is what it is and what has been for a quarter of a century. It gets improved and updated but we shouldn’t expect something so different from one version to the other that we won’t recognize it. Although Laminar Research almost did that with the UI update (thank you so much once again for doing that, LR!).

Oh, and you need to think about the fact that a lot of developers will start to abandon their X-Plane 11 products and move on. So, perhaps it could be a good idea to, at least, proceed with a soft phase out of your X-Plane 11.

You can have both versions installed so, why not do just that?