Do your thing, Microsoft. Developers are paving the way.

As we wait for Microsoft Flight Simulator to bring us helicopters, some developers are already thinking ahead and getting their scenery packs ready for the rotor-wings to be supported by the sim. 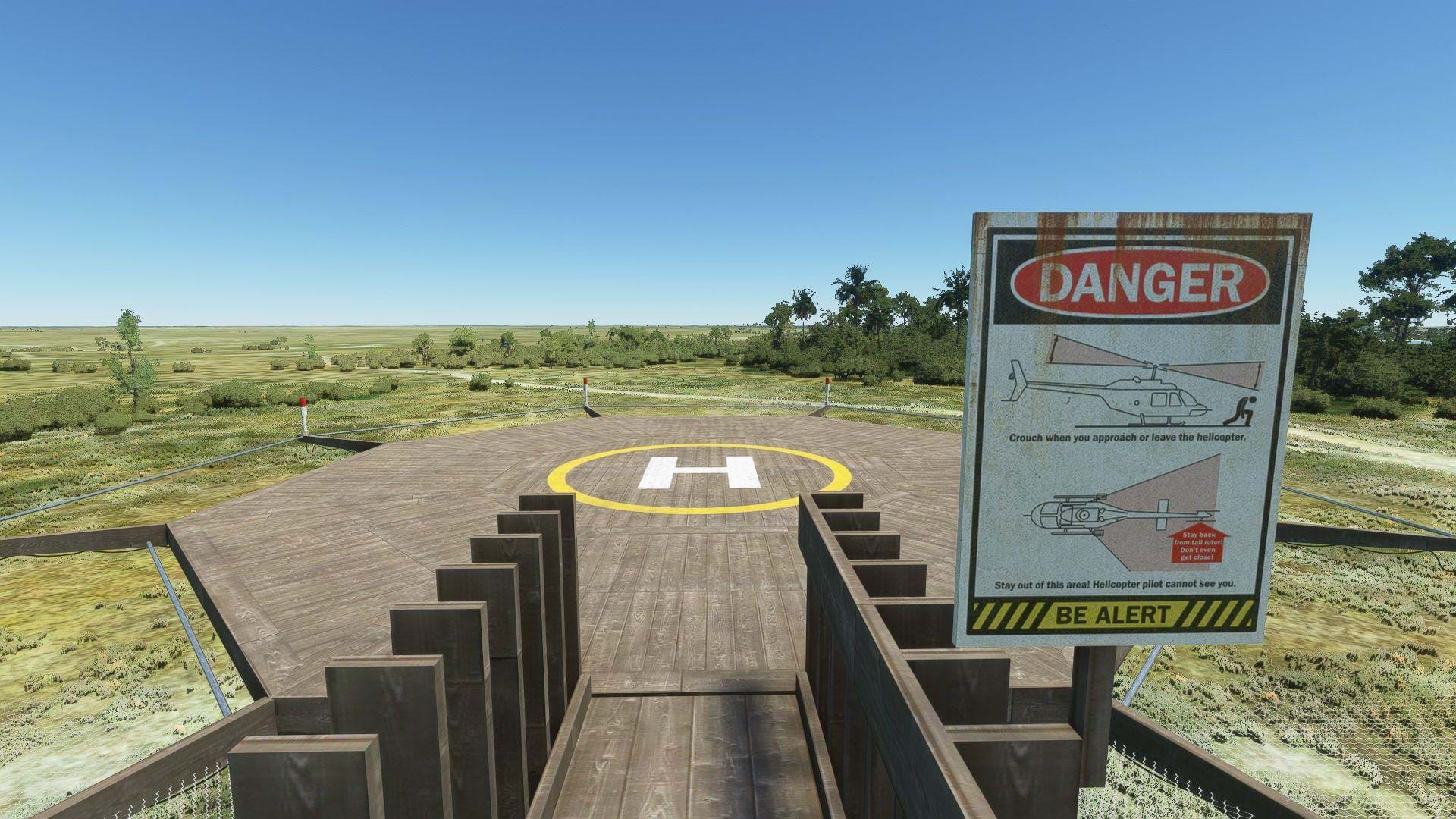 The last 5 years have have been a fantastic journey. By the end of 2016 I tried to take a look into the future and I’ve (somewhat) foreseen 2017 to be the beginning of a new Golden Age for flight simulation.

We were getting a lot of new products, new developers seemed to be appearing and products were continuing to be released for those new products and sims.

And helicopters started to be a big part of it as well. The community has been growing steadily and, more important than that, our work with developers has been paying up and there is a bigger awareness towards our way of simming.

And more helicopter-related developers as well. Especially for scenery.

The hashtag #doesithavehelipads became a very cool inside joke but it’s something that the community picked up. To a point where we actually made a t-shirt out of it. Helicopters, although not front-and-center in the whole simulation spectrum, become more than just an after-thought for a lot of developers.

And they became the centerpiece for a lot of simmers, tired of doing the same old flying in fixed-wing aircraft and realized there’s a lot more into helicopters than they first realized.

Fast forward from 2016 to 2021 and now we have Microsoft Flight Simulator in the scene.

The sim is an absolute leap and much more than a glimpse into the future of simming. It’s a whole new sim, built from scratch, with a lot of pieces of highly advanced technology and a lot of amazing features that we could only dream off in quite a recent past.

But, unfortunately, we have no helicopters. Right from the start, Microsoft has been honest and open about it and they have told us that they would get helicopters in the sim as they wanted to “make them properly”. And, more recently, we were finally told that helicopters would be coming out. But that would only happen in 2022.

Yep, we still have to wait for a bit of time.

That didn’t stop scenery developers from getting ahead of the curve, though.

In fact, we have some great examples of companies or independent developers that are not only releasing scenery for Microsoft Flight Simulator, but they are also doing it with helicopters in mind. Some as an extra for their scenery – but not as an after-thought, mind you – others are going one step further and making scenery that are very helicopter-specific. 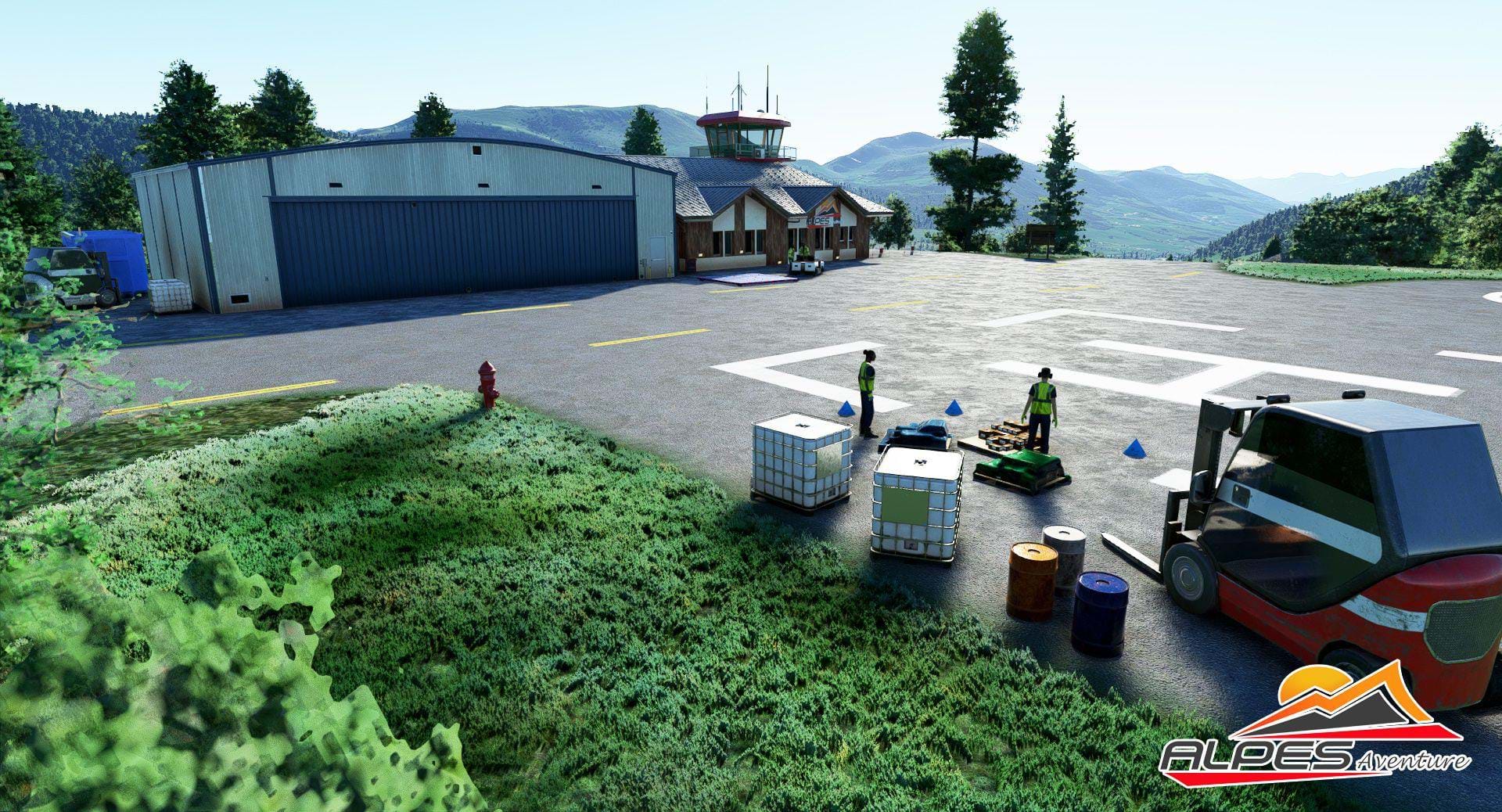 One of those independent developers working on helicopter-specific is alpesAventure.

The small team recently released a small heliport in the Alps, which serves as a base for Mont Blanc Helicopteres, a company operating in the area. 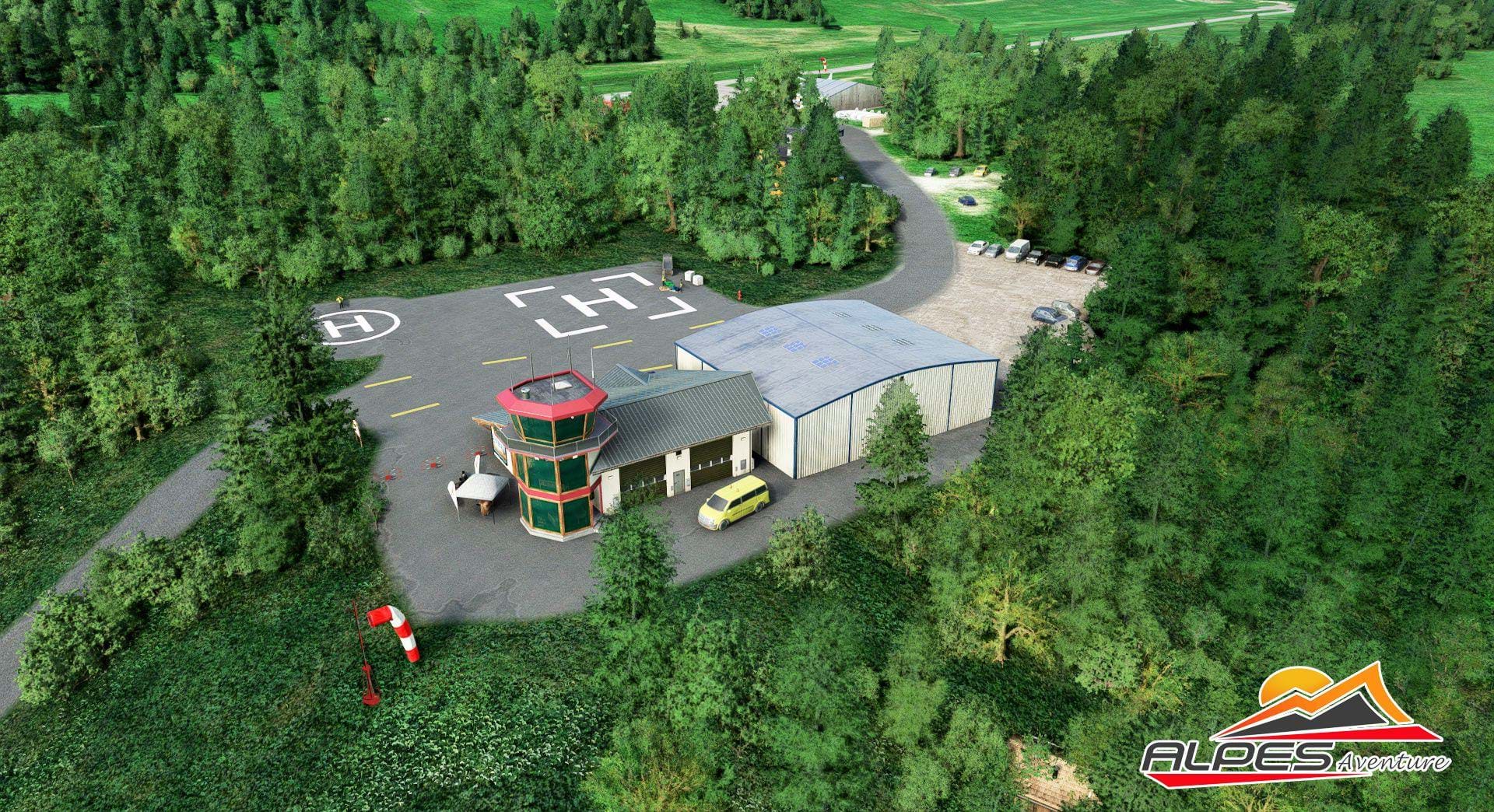 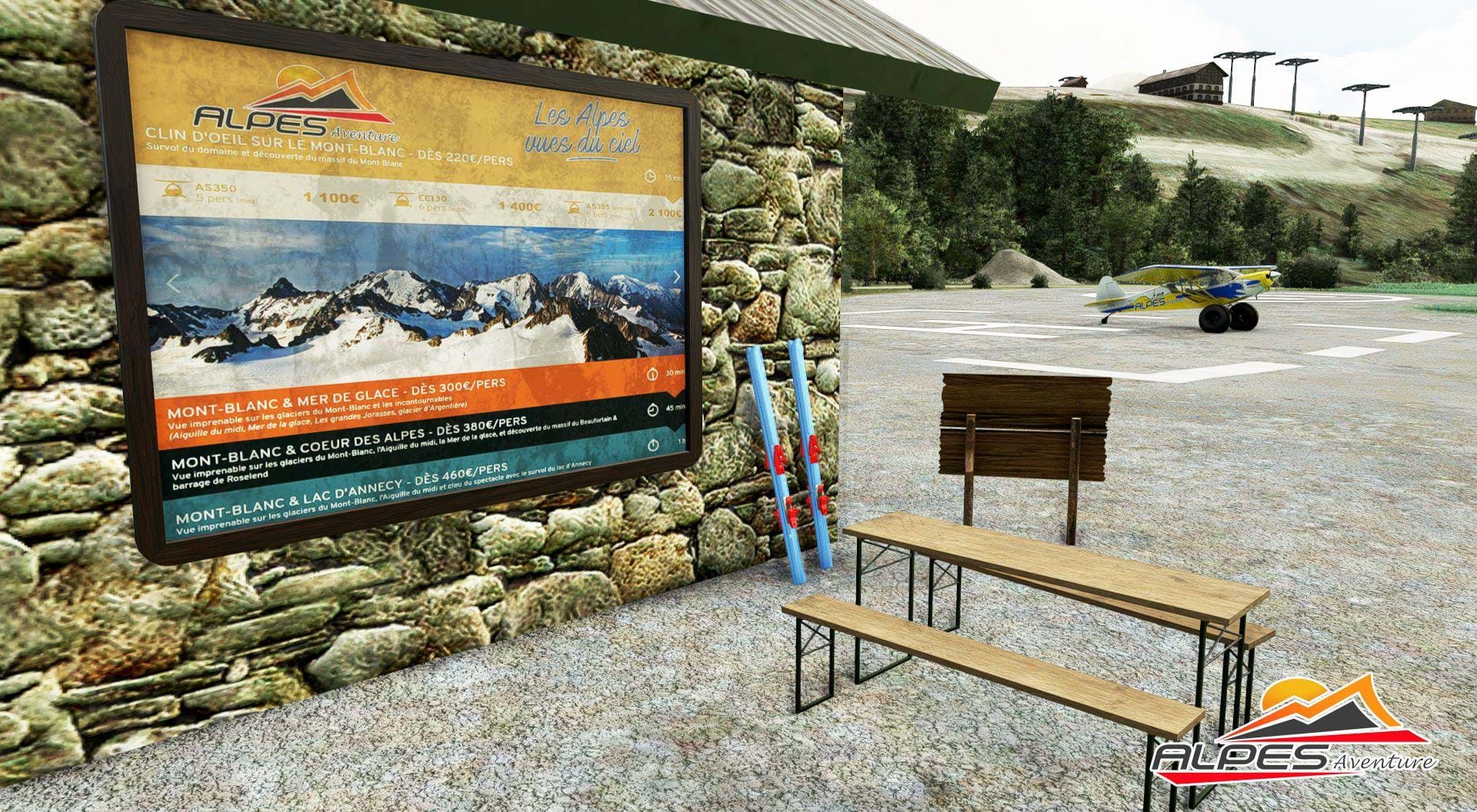 The scenery relies heavily on external libraries (much like a lot of scenery for X-Plane, for example) which you will have to download as well but it is looking very good and it is, indeed, one of the first helicopter-only scenery packs to be released. In fact, you can download this scenery right away. 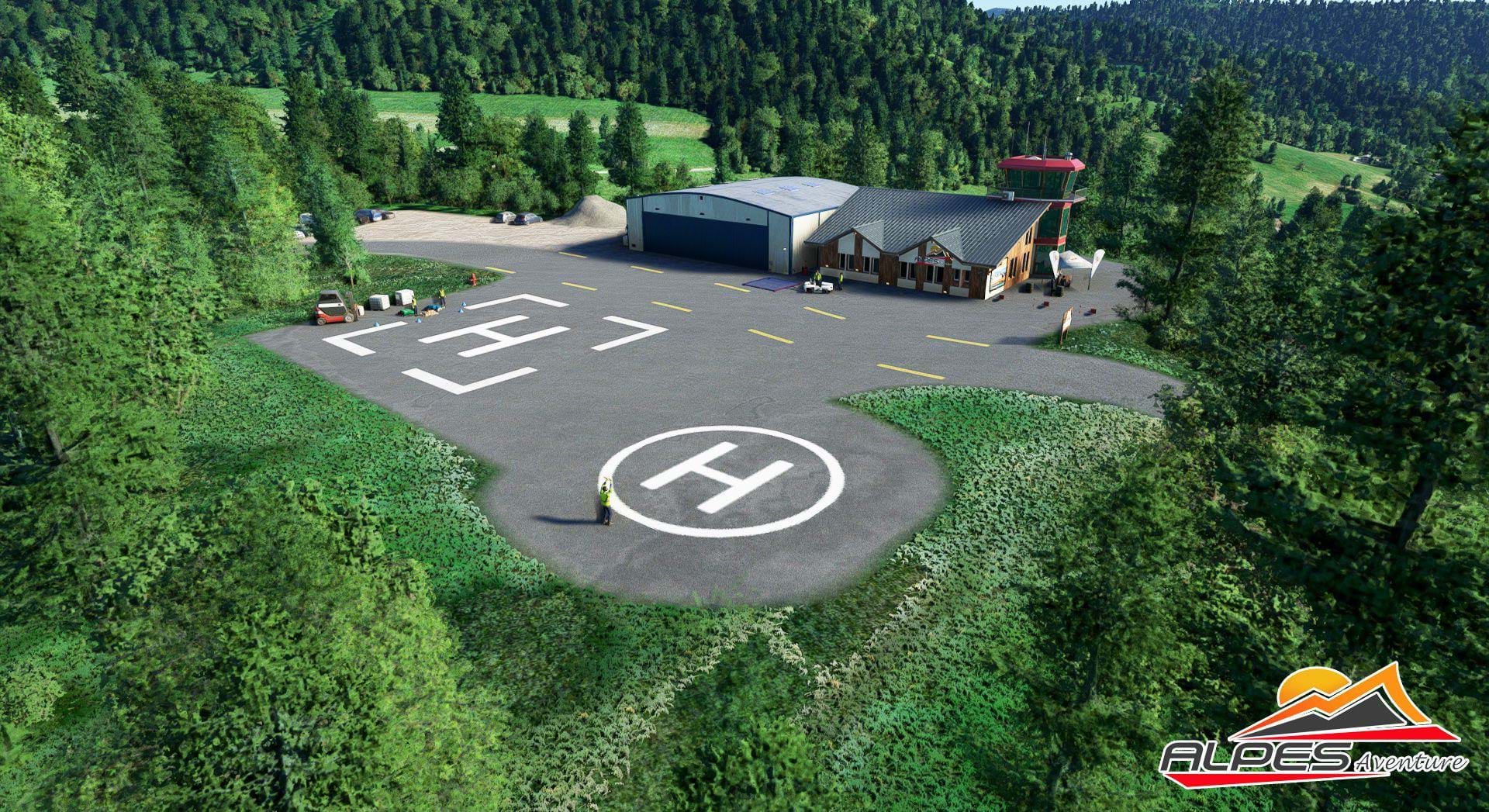 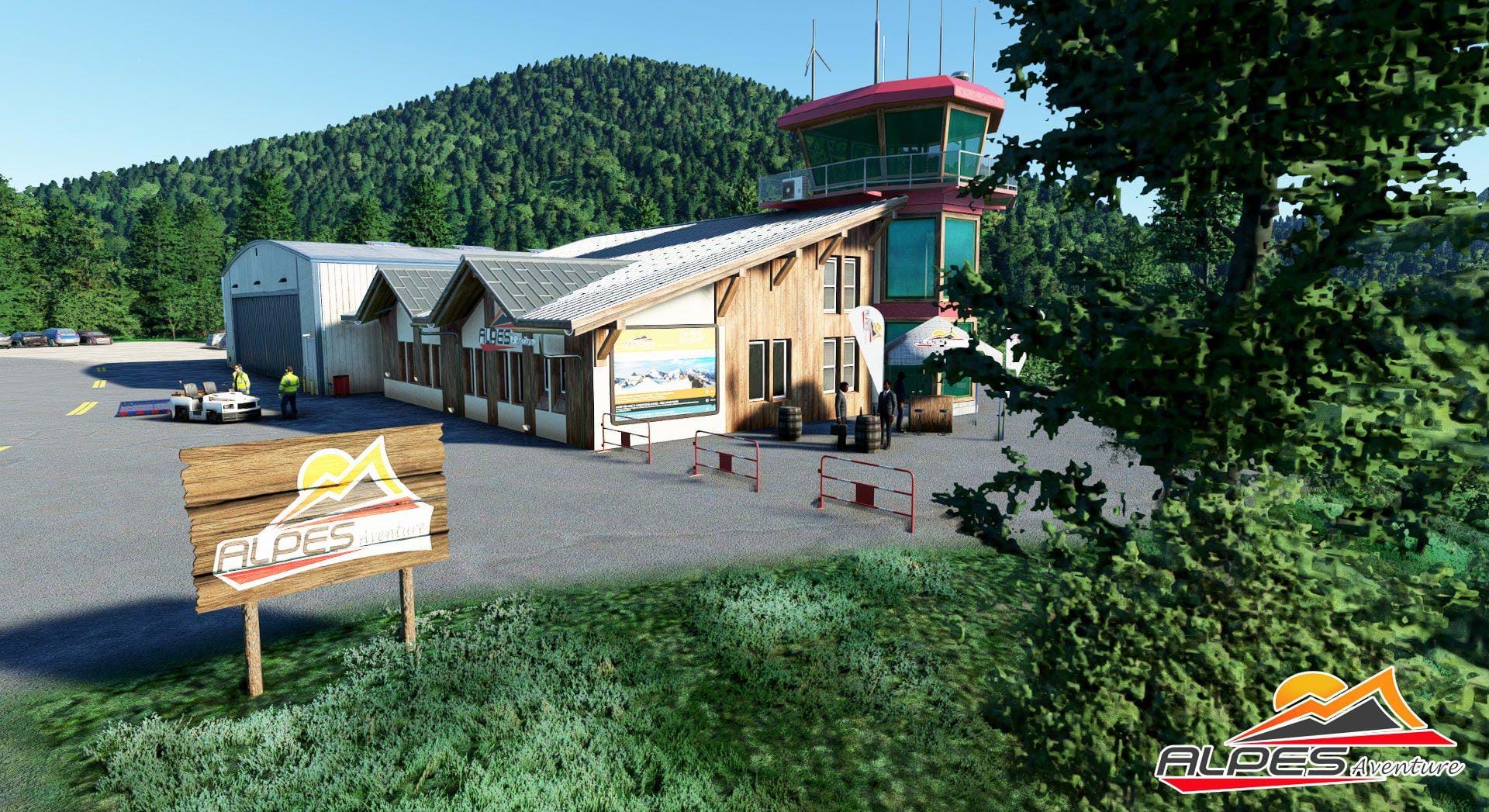 Of course, you will have to wait for 2022 to be able to land a helicopter there. 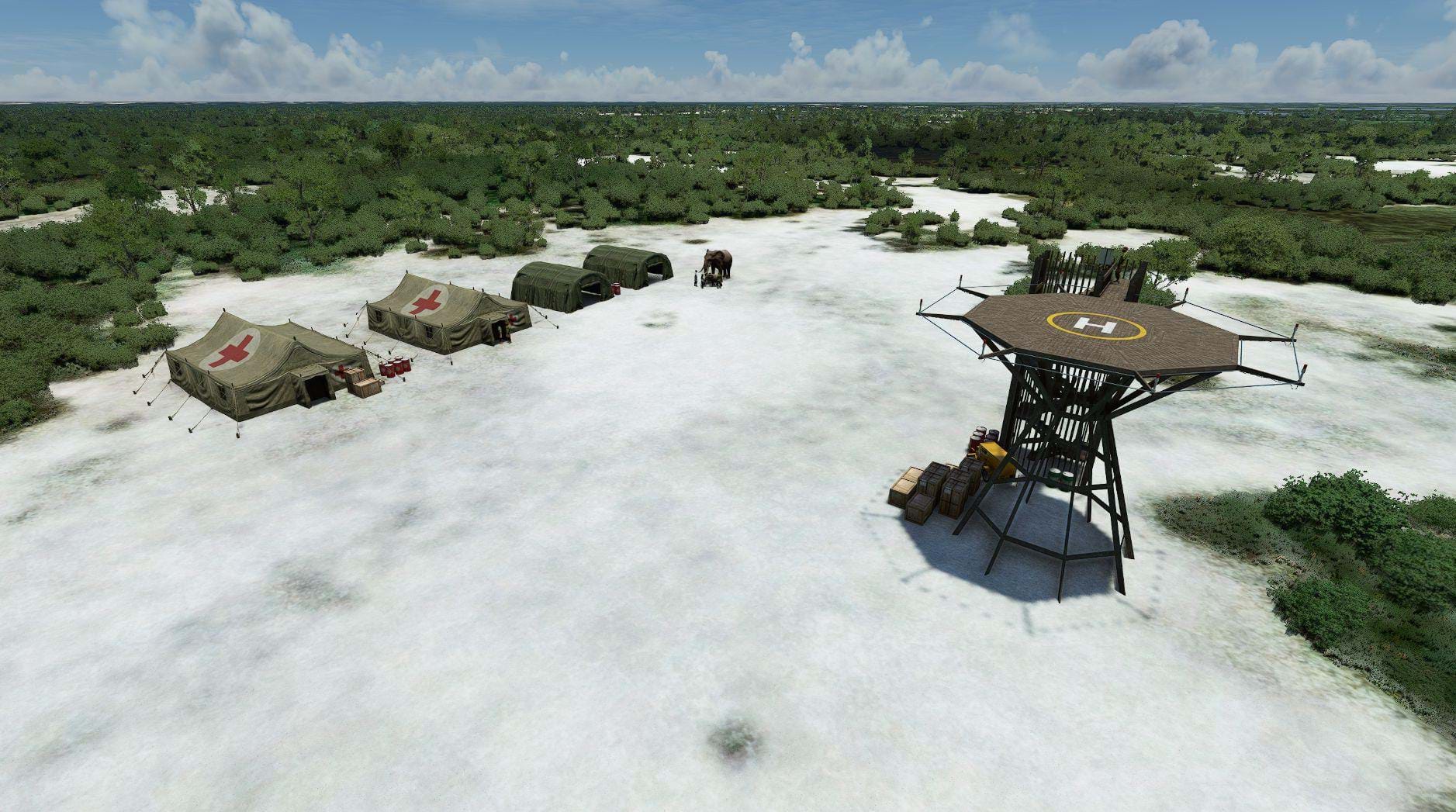 SimWork Studios, along with Área 77 Simulations, have been working on a rather comprehensive and, well... Extraordinary scenery, to be honest.

Okavango Delta, which made an appearance as a freeware scenery for X-Plane, was spiced up and is being brought to MSFS. With a vengeance. 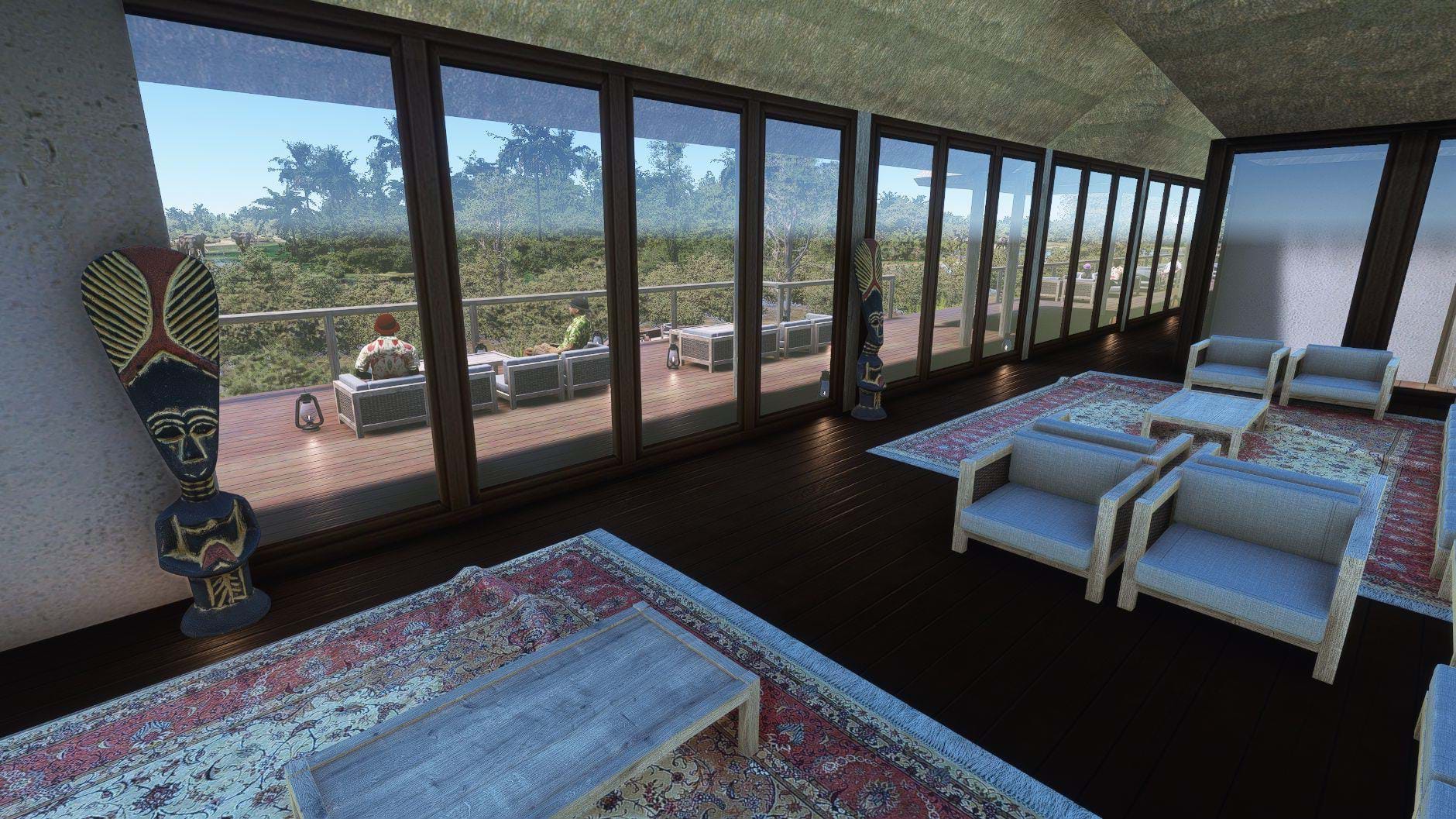 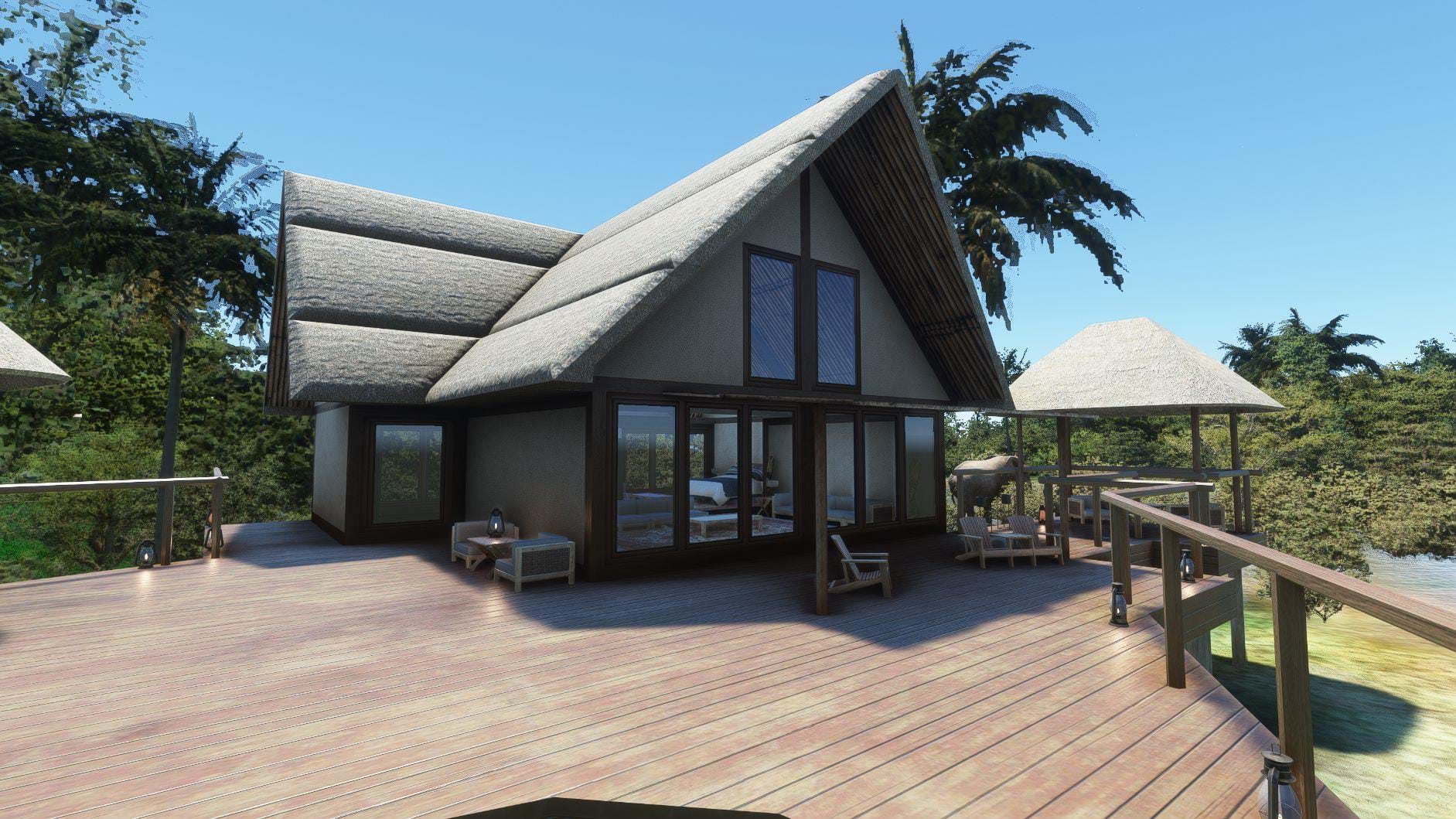 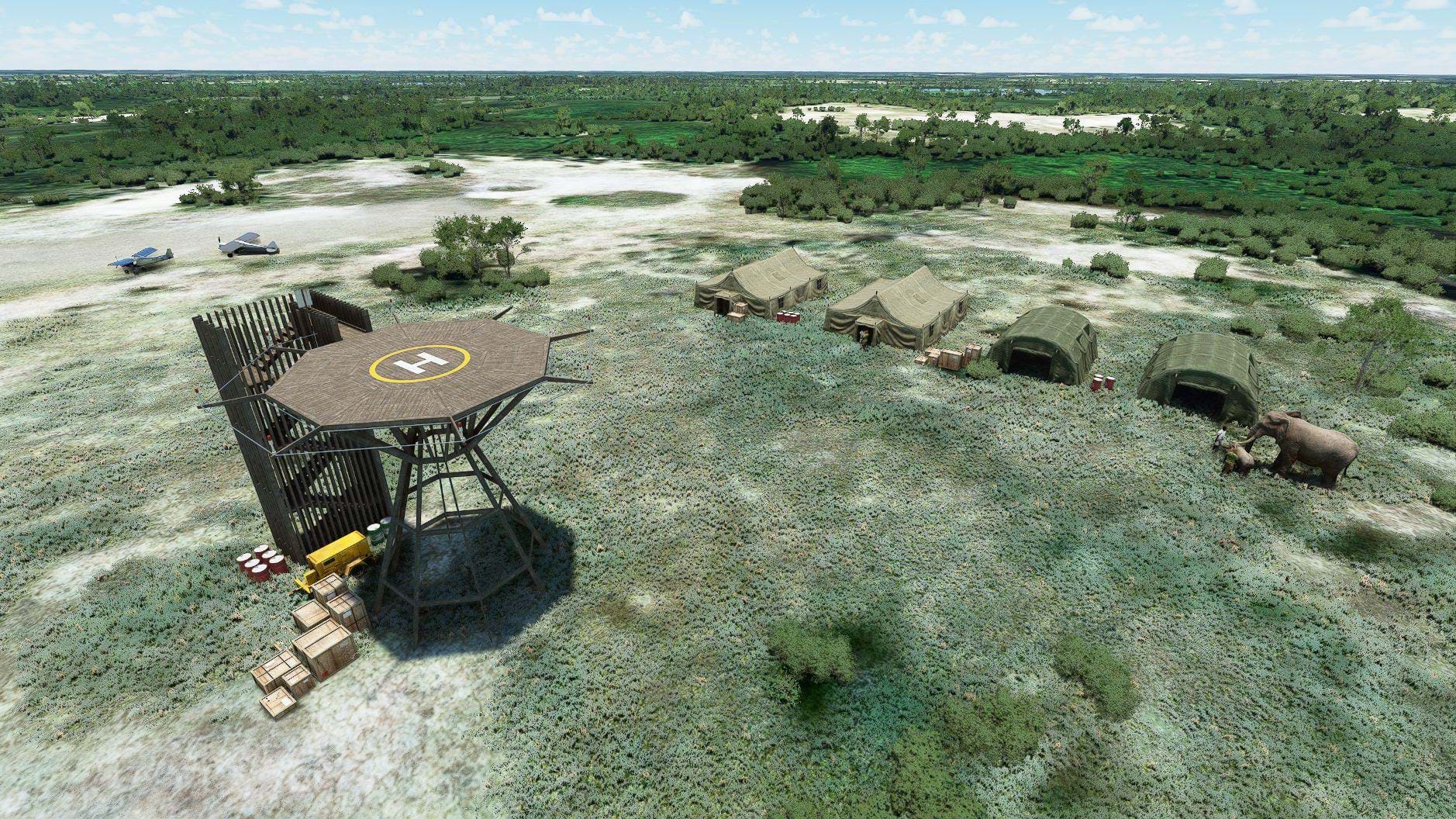 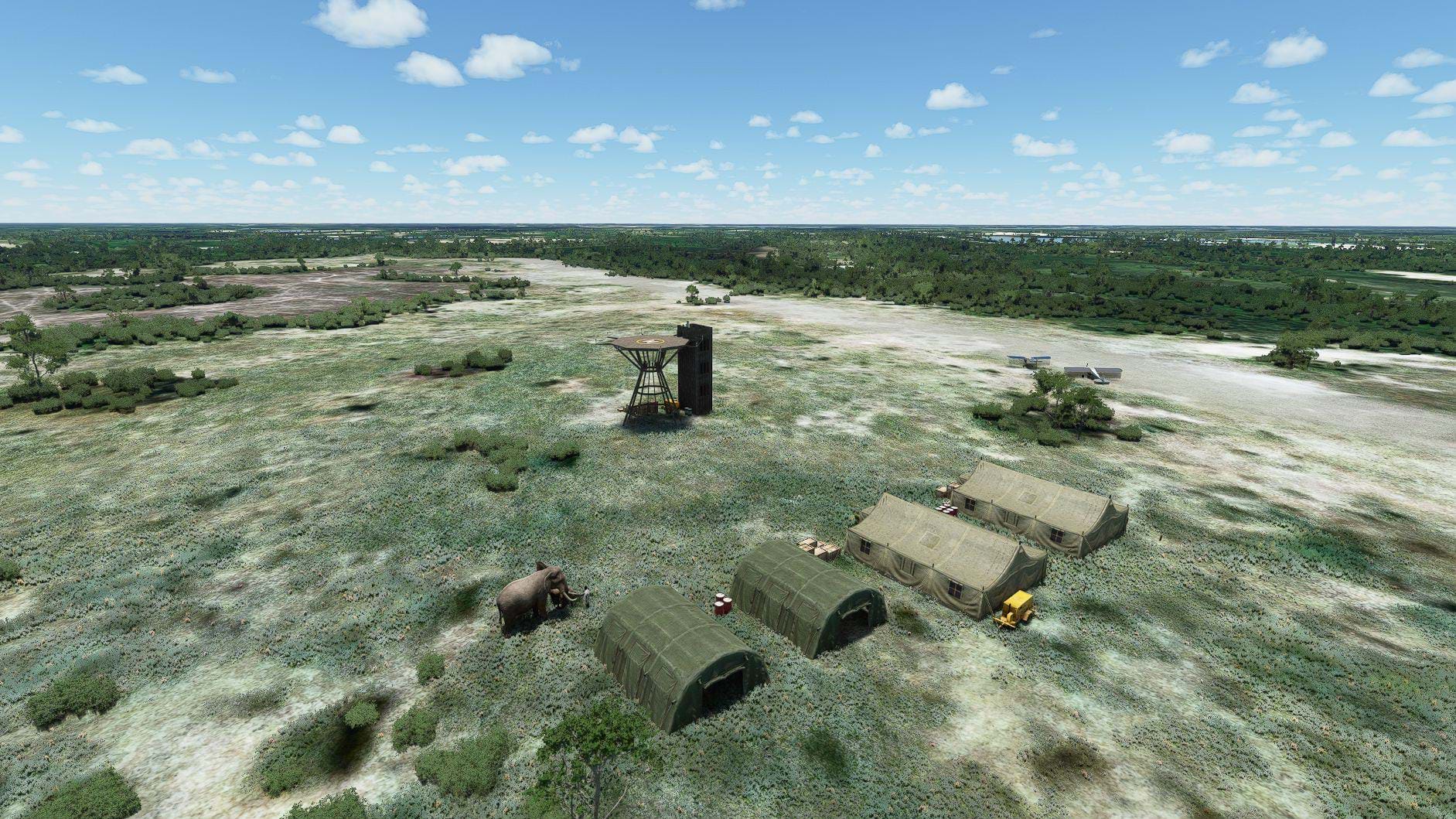 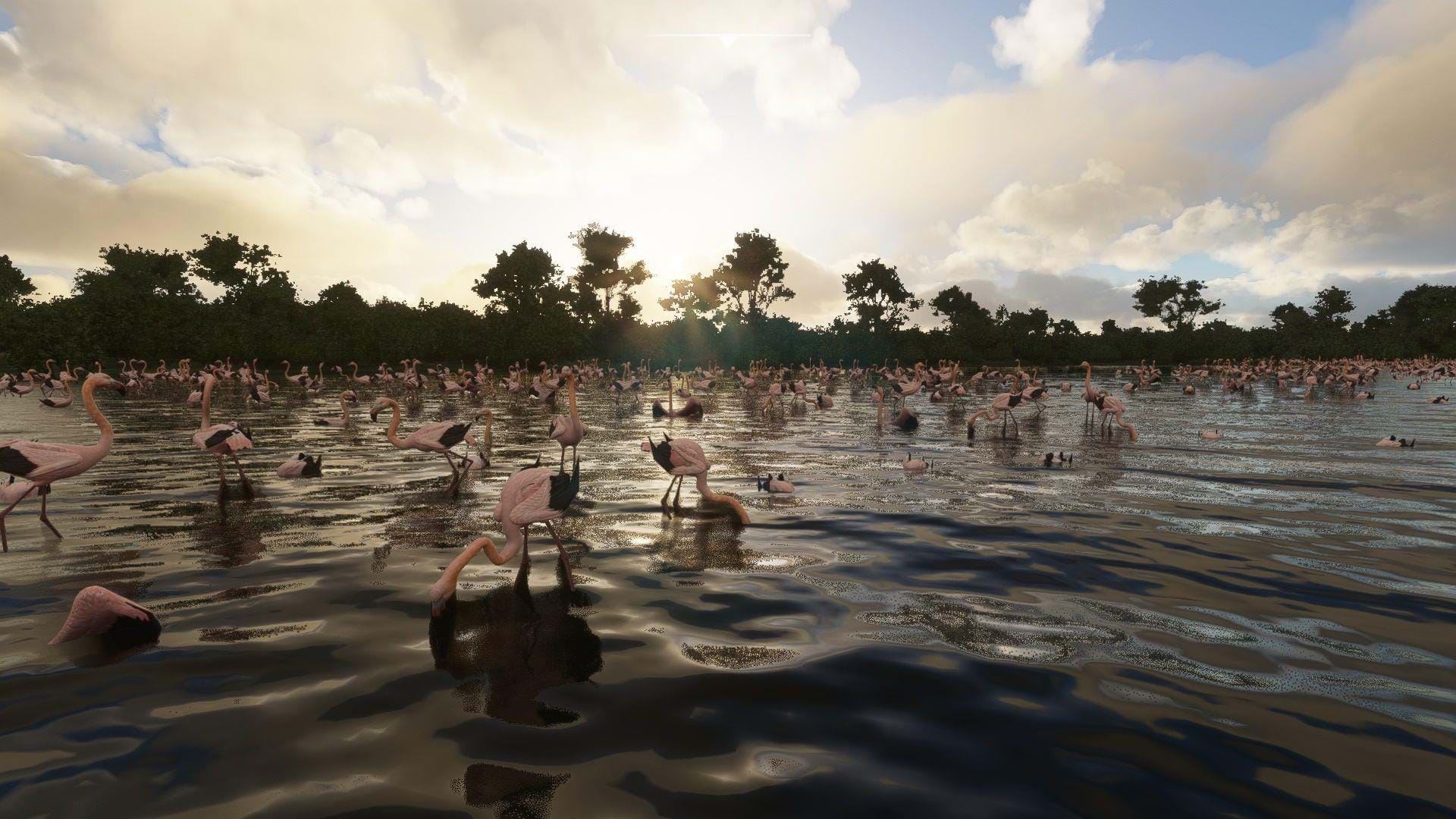 Of course, the helipads from the original scenery made it into the sim and it seems a few more may have been added as well.

Okavango Delta is not out yet, but SimWork Studios has confirmed the date of release to be on February 26th.

Seeing these developers coming out with helicopter-ready scenery put a huge smile on my face, of course. I see this as a sign that not only our community is thriving, but developers are taking our hobby, the helicopter hobby seriously.

How seriously? Well, to a point in which they are willing to go the extra mile, and open up their product to a whole new audience that they have been ignoring for years and that we, at HeliSimmer.com have been trying to get noticed and seen as a valid market.

But it seems we are not being ignored anymore and all our hard work is paying up.

Well, Microsoft and Asobo, these guys are getting ready for action. Do your thing, gentlemen. We are eagerly waiting for the whirlybirds. 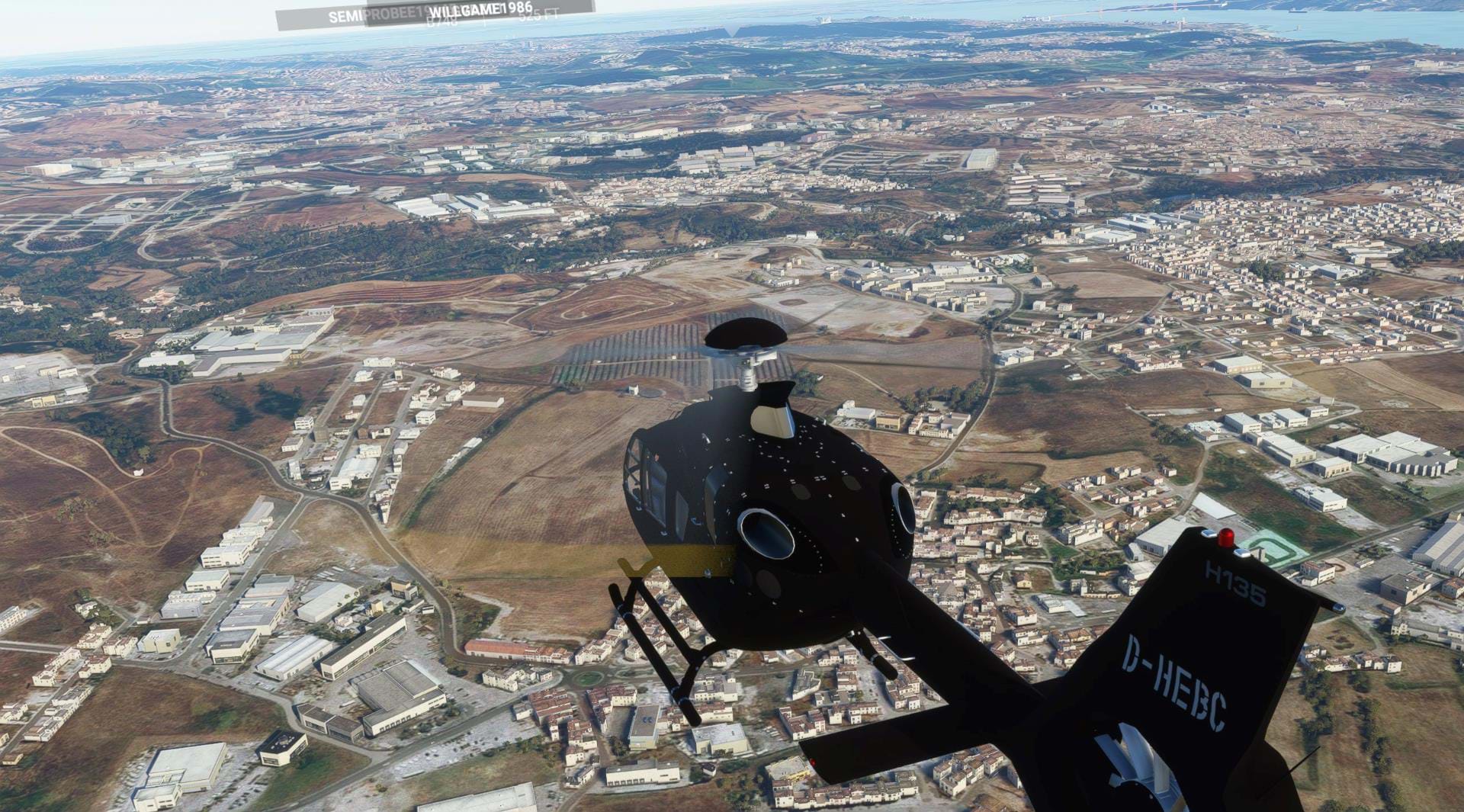 Is this really the first helicopter in Microsoft Flight Simulator?
Read next